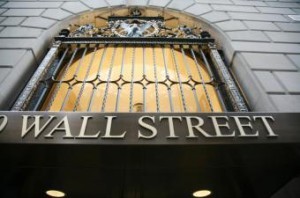 While Republicans have been trying to roll back parts of the Dodd-Frank Wall Street Reform and Consumer Protection Act since it was passed in 2010, in the next couple of weeks they have promised that some massive reform proposals are coming.

U.S. Rep. Jeb Hensarling (R-Texas), Chairman of the House Financial Services Committee, plans to present his party’s alternative to Dodd-Frank during a speech at the Economic Club of New York on June 7, according to a release from the House Financial Services Committee on Tuesday. Hensarling recently told DS News that “America needs a new vision—a new model for financial reform—because the Dodd-Frank Act is a failure.”

Hensarling has not revealed any specifics about his plan as of yet, but it is believed that it will be simpler than the massive 2,300-page Dodd-Frank legislation, of which parts are still being enacted six years after the president signed it into law. He has said, however, that his plan will be tougher on Wall Street than Dodd-Frank, which the Republicans believe uses a “one size fits all” approach to reforming Wall Street that has adversely affected Main Street.

Hensarling’s plan is likely to include some type of reform to the Consumer Financial Protection Bureau (CFPB), which was created out of the Dodd-Frank Act. Hensarling has long criticized the Bureau as unaccountable and too powerful, and that in its current form, “it is producing great harm for consumers.”

Another GOP Dodd-Frank reform proposal is coming soon from Donald Trump, the presumptive Republican presidential nominee, who told Reuters on May 18 that Dodd-Frank was a “negative force” and that he will completely overhaul the law if he is elected president.

Trump said that the controversial Wall Street reform law “makes it very hard for bankers to loan money for people to create jobs, for people with businesses to create jobs. And that has to stop.” He did not reveal specifics of his proposal, but he did say it would include a “near dismantling” of Dodd-Frank. He said on May 18 that he would unveil his plan in the next couple of weeks.

Any attempt at major Dodd-Frank overhaul will be met with aggressive opposition from Democrats, who view Dodd-Frank as one of President Obama’s greatest victories. U.S. Sen. Elizabeth Warren (D-Massachusetts), one of Dodd-Frank’s biggest backers and one of the main architects of the CFPB, said recently, “Look, if Wall Street and their buddies in the Republican party want to launch an assault on financial regulations and they want to try to roll back Dodd-Frank, all I can say is, let’s have that fight. I’m ready. You can make it with words or anything else you want, but I am not backing down.”

Click here for the live streaming of Hensarling's speech on June 7.