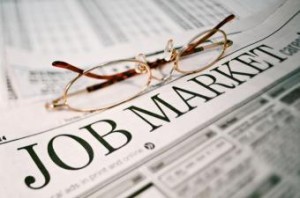 The nation’s unemployment rate took a tumble from April to May—but did the jobs report really bring good news for the economy and for housing?

Not exactly. One economist called the May 2016 Employment Situation released by the Bureau of Labor Statistics on Friday a “dud” and another pointed out that it is the weakest jobs report in nearly six years. Still another called the job gains “paltry” even when the Verizon strike was taken into account.

The good news from the jobs report is the unemployment rate fell from 5.0 percent to 4.7 percent. The bad news, however, is the labor force participation rate fell by 20 basis points down to 62.6 percent and has fallen by 40 basis points over April and May to offset first-quarter gains, after hitting its lowest level since the 1970s in 2015.

“Today’s May jobs report fell well short of already low expectations,” Fannie Mae Chief Economist Doug Duncan said. “Even after accounting for the striking Verizon workers, private job gains still remain at a paltry 60,000, a puzzling downshift from their recent trend. Other aspects of the report provided no offset to the bearish headline. The prior two months’ payroll gains were revised lower, the average workweek was flat, the monthly gain in average hourly earnings moderated, temporary hiring fell for the fourth time in five months, and the labor force participation rate fell back to a five-month low. News was not good for real estate either, as construction employment posted the biggest loss in May since the end of 2013, and the small gain in April was revised to a modest loss.”

The BLS employment summary is one of the most closely-watched economic measures used by the Federal Reserve to determine when to act as far as monetary policy. Friday’s report makes it unlikely that the Fed will raise the federal funds target rate in mid-June as many analysts had anticipated.

“This was an unqualified dud of a jobs report, with the weakest month of job gains since 2010.”

“The employment data issued today is the weakest monthly job creation report since September 2010. This greatly diminishes the likelihood of the Federal Reserve raising rates in June, which would be a net positive for housing demand this spring,” Realtor.com Chief Economist Jonathan Smoke said. “But diminishing job growth also raises concern about longer-term demand for housing later this year and into 2017. Although some of this decline could be temporary, the deceleration we are seeing in job creation will eventually impact the pace of household formation. Fewer households being formed will impact the demand for homes, both to rent and to buy.”

“This was an unqualified dud of a jobs report, with the weakest month of job gains since 2010,” said Curt Long, Chief Economist with the National Association of Federal Credit Unions. “The unemployment rate fell, but for the wrong reason as labor force participation declined for the second consecutive month. As for the Fed, this likely puts an end to the hopes of a rate hike in June, and will probably shift market expectations to September.”

Economists have forecasted a healthy spring and summer homebuying season largely due to the release of pent-up demand and After the summer homebuying peak, however, Smoke said things will likely slow down on the housing front.

“This weak job report likely means that mortgage rates will remain about where they are through the rest of the spring and early summer homebuying peak and the short-term continuation of strong demand for new and existing homes,” Smoke said. “Looking further out to the end of the year and into 2017, we will likely see a slowdown in household formation, which would be reflected in slowing construction. In fact, we’re already seeing year-over-year declines in multifamily construction.”

Duncan added, “Encouraging signs seen in consumer spending and home sales at the start of the second quarter are now tempered by what appears to be a significant loss of momentum in the labor market.”

Click here to view the complete May 2016 employment summary.