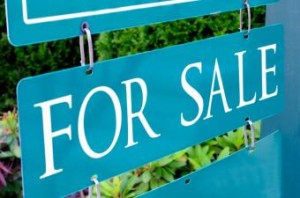 Why do people Move? Among the 36 million people who moved between 2012 and 2013, a new study [1] from the United States Census Bureau found that the most important reason to move was to find a new/better home or apartment. The study reported that 8 percent of respondents cited a desire for cheaper housing, while 5 percent said the most important reason for moving was to be closer to work or for an easier commute.

The report, Reason for Moving: 2012 to 2013 [2], presents an in-depth look at reasons why people moved during the previous year.

In total, 11.7 percent of surveyed participants moved in the year, with 48 percent moving for housing reasons compared to family or employment. All told, 17.2 million gave a housing-related reason for moving.

"We asked people to select the reason that contributed most to their decision to move. Picking one reason can be difficult as moves are often motivated by many different, and oftentimes competing, factors," said the report's author, David Ihrke, a demographer in the Census Bureau's Journey to Work and Migration Statistics Branch.

The census found that moves within the same county were typically for housing reasons, while intercounty moves were largely for job-related reasons.