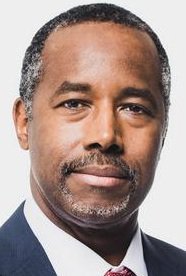 Secretary of Housing and Urban Development (HUD) Ben Carson, in an interview with NPR published in full on Monday, has attempted to clarify last month’s controversial comment that “poverty is a state of mind.” Carson has received extensive criticism from housing advocates and the media for his comment in what has been deemed insensitive in light of proposed budget cuts to the Secretary’s department.

Carson defended his position by stating that while he did say that the way a person thinks is a factor in getting out of poverty, he did not say it was the only factor, or that simply wishing away poverty was enough to get a person out of it.

“A good example would be,” Carson said, “if you were a minor league baseball player, and you were brought up to the majors and you look up on the mound and you say, ‘Nolan Ryan! Oh no, he's a legend. He's got a 100 mile per hour fastball. I'll probably not even see the ball.’ You're probably not going to get a hit. If you come up and say, ‘Nolan Ryan. He's an old man. I'm going to knock the cover off the ball,’ you are probably going to have a much better chance.”

So it goes with poverty too, Carson believes. If one sees themselves as a victim of their situation, they are much less likely to overcome it. Education for long term goals, establishing community centers through the re-appropriation of old buildings, childcare, breaking cycles, should be the HUD’s mission, not merely putting a roof over someone’s head. “A lot of times if you go to a disadvantaged neighborhood, you ask the kids, "What do you want to do when you grow up?" You get about five different answers. But there's a thousand. We need to show people the other 995 and how you get there. And those are the kinds of things that create that can-do attitude that is so important, and that for such a long time was a part of the American mindset.”

When pressed with the criticism that many people would be “thrown out on the street” and that homelessness will rise due to HUD’s proposed budget cuts, Carson maintained his position that wouldn’t be the case. “We're paying very close attention to the vulnerable population and making that a very important part of how things are executed,” he said, even though he was unable to offer specific details of what would replace cut programs, which include public housing programs, housing vouchers, and community development block grants totaling more than $6 billion, or 13 percent.

Previous: BlackRock Seeks $3B in Damages from HSBC
Next: CFPB Gets a Win in Ocwen Case