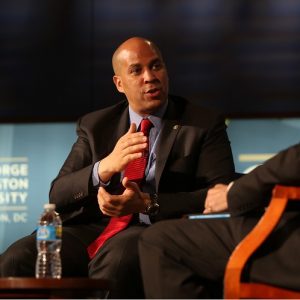 From expanding the Fair Housing Act to include discrimination based on sexual orientation or gender identity to focusing on a renters' credit that would lift 9.4 million people out of poverty, Presidential candidate Sen. Cory Booker unveiled a plan to address housing affordability challenges on Wednesday.

"Making sure all Americans have the right to good housing is very personal to me," CNN reported Booker as saying. "I'm determined to tear down the barriers that stand in the way of every American being able to do for their families what my parents did for mine."

The New Jersey Democrat, who has focused on housing issues in his 20-year political career, has modeled his plan for renters' credit on legislation he recently introduced.

CNN reported that while this plan "is similar to a plan by his 2020 rival Sen. Kamala Harris, a California Democrat who has centered her own housing policy on a subsidy for low-income renters," his plan goes further by introducing "sweeping changes to restrictive zoning laws, coupled with federal incentives to build more affordable housing."

As part of his plan, Booker also said that he would not only target predatory housing market practices and funding grants to combat homelessness, but also expand the right to counsel for tenants from low-income households who were fighting eviction.

According to the Washington Post, with the release of this proposal, Booker seeks to highlight "his tenure as mayor of Newark, during which his administration made considerable investments in the struggling city’s housing stock."

On his campaign trail, Booker has often mentioned that housing has always been a personal issue for him. Additionally, in his new plan, Booker said, he would expand the Fair Housing Act to include discrimination based on sexual orientation or gender identity.

"Access to safe, affordable housing is a central theme in my life and my career in politics," Booker said. "Housing is a basic need and a basic right. And Americans shouldn’t have to face insurmountable financial challenges to put a roof over their heads."