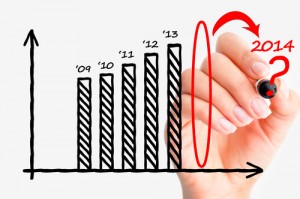 Mortgage credit access opened up slightly in May, according to a market report released Thursday.

The Mortgage Bankers Association's [1] (MBA)Mortgage Credit Availability Index [2] (MCAI), a monthly gauge of credit access based on metrics and underwriting criteria from more than 85 lenders, increased 1.14 percent from April to May, reading 115.1 in the latest measure.

According to the group, May's gain came "partially as a result of a slight increase in the availability of jumbo loans" as well as "the action by some investors to lower credit score requirements on FHA [Federal Housing Administration] loans."

Meanwhile, the agency itself unveiled plans [3] in May to expand credit access for borrowers with lower credit scores while offering counseling to reduce risk.

The topic of credit availability has drawn debate from all sides. In early May, both the Federal Reserve [4] and the Urban Institute [5] found relatively few lenders have made moves to expand their standards on the low end. Researchers at the institute assert any reported decline in lending criteria is due to a market shift between GSE loans and those backed by FHA.

At the same time, critics of the current call to open up lending say the environment remains too risky.

In its latest National Mortgage Risk Index [6], the American Enterprise Institute (AEI) reported a record high in the share of loans at risk of default in the event of an economic crisis, arguing that Qualified Mortgage requirements—particularly those related to debt-to-income ratios—have done little to mitigate risk, especially seeing as how GSE and FHA loans have a temporary exemption.

"None of the agencies are compensating in a substantial way for the high risk that is entailed with loans that have high DTI ratios," said Stephen Oliner, resident scholar at AEI, in a press call at the time.