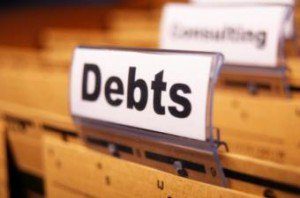 Over a third of consumers aged 28-52, known as Generation X, have a bleak outlook for their financial future. Gen X-ers were hit hard between 2007-2010, losing nearly half of their wealth and leaving them with crippling debt.

FICO’s latest consumer trend research has uncovered that 38 percent of Gen X-ers believe that we are headed for another financial crisis in the next 10 years, an outlook higher by 5 percent than that of other generations. This is coupled with 41 percent of Gen X-ers also feeling the need to save more for the future.

“Generation X are clearly concerned about what the future might hold,” said Tim Van Tassel, vice president of FICO’s credit lifecycle business line. “The survey confirms genuine anxiety about debt and saving levels in the aftermath of the 2008 recession. The ‘sandwich generation’ is often financially overwhelmed by the competing obligations of having to care for both kids and aging parents. This obstacle to saving means they have a real concern about a potential retirement income shortfall.”

In a stark contrast to 45 percent of older millenials, only 32 percent of Generation X reported feeling confident they would reach long-term financial goals. Gen X fared especially poorly after taking on debt to purchase real estate just before the market plummeted in 2007.

“For this reason, many are paying down their mortgages to reduce payments and guard against possible foreclosure in a downturn,” said Van Tassel.

The survey also revealed that 32 percent of Gen-Xers carry an ongoing balance on their credit card with only 18 percent expressing interest in getting assistance to help manage debt. Generation X has the highest dissatisfaction rate for their primary bank at 12 percent, citing negative experiences and fees as top factors.

“There appears to be growing apathy around debt, with numerous people in the survey mentioning a drop in real income levels along with high credit card debt as the drivers of this resignation,” Van Tassel added. “It’s important that lenders look at how they engage Generation X across the credit lifecycle. For financial institutions, the task is to try and banish apathy.”

Van Tassel explains that in order to reach this market, the approach will have to change.

“Simple customer engagement strategies focused on cross-selling additional products aren't going to be effective with these consumers. They want intelligent, personalized recommendations that will help them meaningfully improve their financial security.”

FICO conducted an online survey of about 1,000 US consumers over the age of 17 in February and March 2017. Data was weighted by age and region to reflect U.S. Census data.

Previous: Detroit Tops Single-Family Investments List
Next: GSEs: Where Should the Money Go?