Breaking Down Local Impacts of a Home Sale 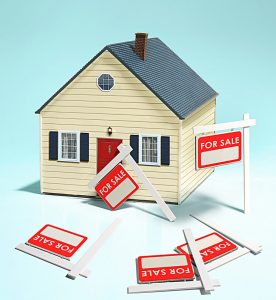 The foundation of wealth-building throughout the country for the masses remains firmly entrenched in real estate. A first-class asset, real estate now represents 17% of the country’s GDP and represents a major driver of the economy as a whole.

Asking the question: “How is the housing market in your state affecting the local economy,” the National Association of Realtors (NAR) analyzed and calculated the total economic impact of real estate on the economies of individual states all the way down to title insurance costs in a new study.

As a whole, the overall effect of the sale of one median-priced single-family home generates $113,200 of influence on the economy. This distills down to $31,742 of income generated from real estate industries, $5,000 in expenditures related to home purchases, $17,636 of housing related impact, and $58,781 of new home construction.

The top states with the highest income generated from a home sale in 2021 are as follows:

Economic impact does not just refer to amount of profit pulled in from real estate, it also refers to the jobs that money creates.

On average, the NAR estimates that every home sale creates two jobs on average, but that number varies by state. While some states like Ohio only see one job created per home sale, other states see rates significantly higher up to the five jobs created per sale in Hawaii.

“The ratio is derived from the economic impact of an existing home sale and the average amount of earnings,” the NAR said in the report. “While each home sale contributes about $113,000 to the economy, U.S. workers earn an average of $57,300.1 Putting these figures together reveals that every home sale generates two jobs.”

Click here to view the entire report, including infographics and interactive state-level data.