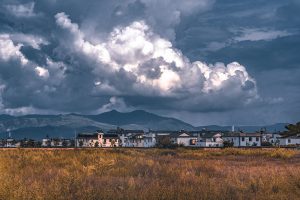 A pending hurricane season plus general worsening climate conditions could spell disaster for millions of homeowners in coming months. A study we covered last week from CoreLogic estimated some 8 million homes with more than $1.9 trillion in reconstruction cost value are at risk of storm surge damage in 2021.

This survey from Helitech followed—the company, according to its literature, provides a strategic mix of economic, geotechnical, and structural solutions to residential and industrial clients. The study specifically examines the ways property owners prepare for and react to risky weather conditions and the damage that tends to ensue.

"It’s no secret that the housing market has been booming this year, but new property owners might not realize that homes in different states come with different preparations," note the authors of the study. "Severe weather events such as hurricanes, tornadoes, and high winds can cause serious damage to our homes." 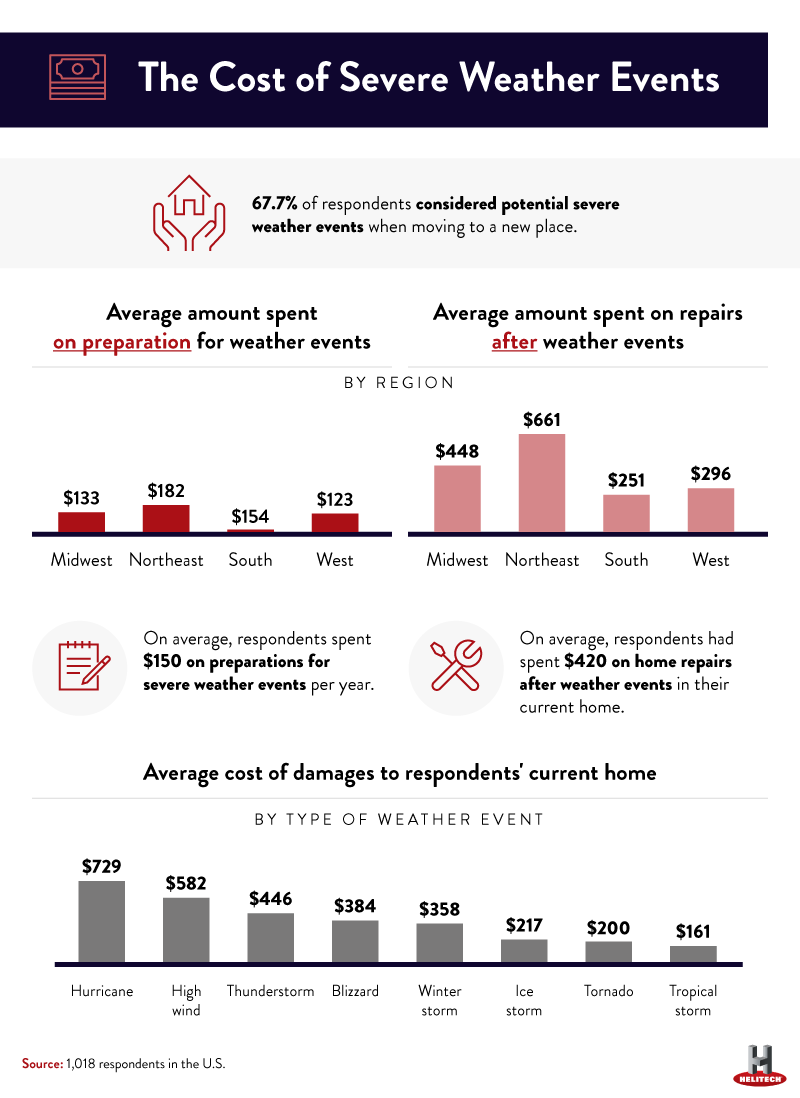 From 1,000 respondents, they learned that about three in five people consider potential severe weather events before moving to a new place.

"Severe weather can fluctuate wildly based on where you live," researchers noted. "Residents in Southern California might not need to spend as much time preparing for blizzards as they do for wildfires, and people on the opposite side of the country in Florida might be more concerned with hurricanes than earthquakes."

Respondents reported spending an average $150 per year to prepare for severe weather and $420 on home repairs after a disaster occurs.

And, true to what we learned from CoreLogic's report, Helitech found hurricanes are the most costly weather event for homeowners and result in an average per-household $729 worth of damages.

As a threat, hurricanes are followed by high winds, which cost an average $582 per household;  thunderstorms, at a cost of $446 per, and blizzards, costing homeowners about $384. 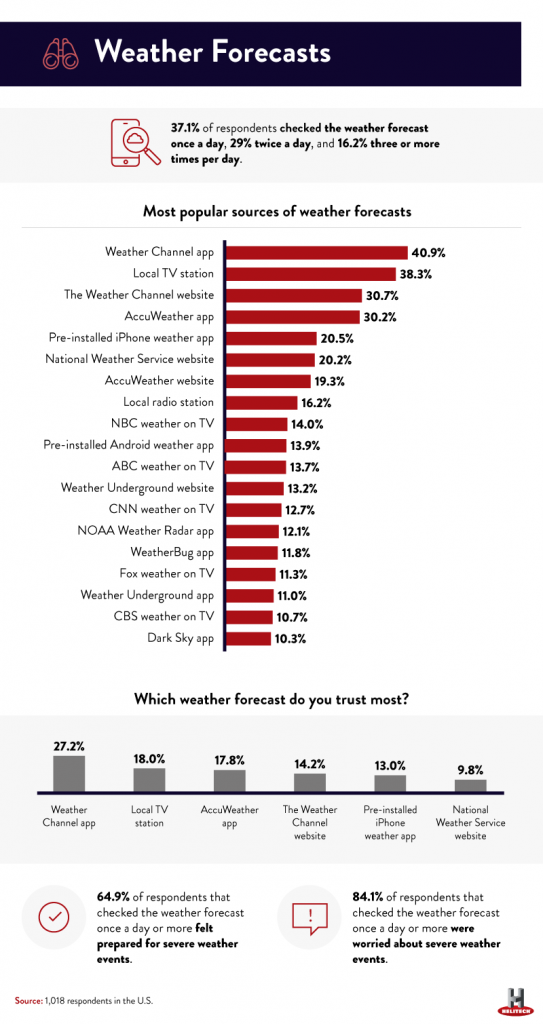 One in three respondents said they had at some point refused to evacuate during a severe weather warning and local evacuation recommendations.

And, participants said they were most worried about tornadoes, hurricanes, and excessive heat. The authors point out that while ice and snow conditions were left out of the top three concerns, much of the country in February witnessed a historic outbreak of winter weather, record-low temperatures, snow, and ice.

Overwhelmingly, people were the least likely to take warnings for frost (44.1%), coastal floods (50.7%), and thunderstorms (67.2%) seriously, according to Helitech.

As CoreLogic experts previously explained, mortgage lenders and financial servicers who are better prepared are positioned to anticipate and accelerate local economic recovery and protect homeowners, by extension protect scheduled mortgage payments, in case of a natural disaster.