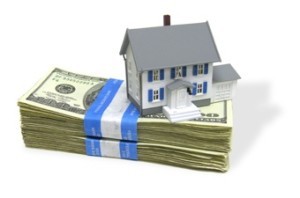 While the GSEs remain in conservatorship and taxpayers remain on the hook for mortgage credit risk, the Enterprises have been transferring a portion of credit risk on single-family mortgages to private investors for three years now through various programs like the Structured Agency Credit Risk (STACR) for Freddie Mac and the Connecticut Avenue Series (CAS).

However, volatility in mortgage rates could result from relying predominantly on these transactions to reduce risk to taxpayers, according to a report from Karan Kaul of the Urban Institute [1] released on Thursday. The straightforward approach of diversifying private capital sources would help to avoid this outcome, according to Kaul.

Since STACR and CAS transactions began in 2013, Fannie Mae has transferred the credit risk for a fifth of its mortgage portfolio to private investors and Freddie Mac has laid off risk for about a third of its portfolio to the private market. The GSEs’ regulator since 2008, the FHFA, is now requiring Fannie Mae and Freddie Mac to transfer the risk on 90 percent of the single-family loans they acquire this year.

Securities are typically sold through STACR and CAS to investors in multiple tranches—two higher-risk tranches and two safer tranches. The brief history of STACR and CAS revealed that the volatility in the higher risk tranches has been high, while it has been considerably less for safer tranches. History has also shown that investors generally demand higher interest rates on their investment when the market deteriorates, such as earlier this year with the combination of an oil price decline in the U.S. and worries about a slowdown in China, according to Kaul. “When markets are stable, investors see little risk and are comfortable with lower returns on their money,” Kaul said. “As volatility and risk increase, investors demand higher returns.”

While borrowers are currently for the most part protected from mortgage rate volatility because the guarantee fees borrowers pay on GSE-backed mortgages are unaffected by market conditions, the secondary market is moving toward a system where most of the credit risk will be borne by private investors.

“In such a system, market conditions will inform and influence the mortgage rate,” Kaul said. “And if that system depends heavily on capital markets transactions, that rate volatility—like that experienced earlier this year—will be directly and consistently passed on to borrowers.”

According to Kaul, in the worst-case scenario would include investors pulling back due to market stress, which would severely constrain availability of credit. Kaul said he believes that diversifying private capital sources would be the only way to avoid such a scenario.