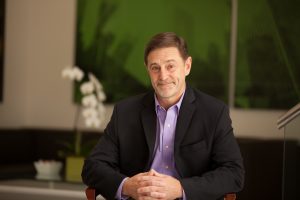 Rick Sharga, EVP, Carrington Mortgage Holdings, recently spoke to DS News about how Carrington’s non-prime products are helping underserved borrowers achieve their dream of homeownership and the key factors that differentiate these products from subprime loans issued prior to the Great Recession.

DS // Carrington recently announced it was expanding into the non-prime space. What was the push behind this decision?

Sharga // There's a huge underserved market of potential homebuyers who are locked out of the market due to the risk aversion seen from most lenders since the Great Recession. An Urban Institute study suggests that between 2009 and 2016 the number of such borrowers could have been as high as 6.3 million. These are people who might have a FICO score that's blemished or a higher debt-to-income ratio than current lending practices allow but have historically proven to be credit-worthy and can often sustain their homeownership.

There's a great underserved market that deserves a chance at homeownership or to be able to tap into their home equity to better their life situation. We were well-suited to fill that need because we have been a leader in serving the underserved market with government loans. Our origination platform has the skill set needed to work with this set of borrowers and help them achieve or sustain the dream of homeownership.

In addition, we have a high-touch servicer, which is essential to success in this strategy. Our servicer has gained tremendous experience working with borrowers over the last 10 years. Over that period, Carrington has been one of the largest purchasers of non-performing loans allowing us the opportunity to help borrowers who were already in foreclosure avoid being foreclosed upon. The combination of our underwriting skills and our ability to service those loans in a way that helps people maintain their homeownership is critical to the strategy.

DS // What are the underwriting procedures for these loans?

Sharga // It's all about going back to common sense underwriting, where if a borrower has an area of risk in one part of a loan application, we try to mitigate that risk somewhere else. For example, if somebody has an unusually low FICO score, they can probably expect to make a higher down payment and possibly have more in cash reserves.

These loans are manually underwritten. They don’t go into an automated underwriting system and let the system crunch out an approval or denial of the loan. We have very highly trained individuals who look at the borrower's whole profile for this process. That obviously includes a thorough review of their financial situation, too.

Before the Great Recession, some of the lenders would layer risk. They would make a loan at low down payments to borrowers who had a bad FICO score, no money in the bank, and unstable income. Today, instead of layering risk, we're looking to offset it.

Manual underwriting also helps us navigate multiple borrowers with the same FICO score. There’s a fundamental difference between somebody who has a 620 FICO score because they perennially make late payments and somebody with a 620 score who has been a good credit customer but had one bad issue during the Great Recession and had their finances go sideways. Small business professionals who may have their personal credit tangled up with their business credit and have a blemish on their FICO report, but have cash in the bank, a steady income, and can make a larger down payment are another example. You must look at what's behind the FICO score to make that kind of intelligent decision as a lender.

DS // What percentage of loans originated by Carrington do you anticipate will be in the non-prime space moving forward?

Sharga // We’ve just launched the program, so it is a little too early to know what percent of our activity these loans will make up. We have noticed a couple of interesting trends since the launch of this product. First, a lot of the people who have reached out to us and applied for non-prime loans turn out to qualify for conventional, FHA, or VA loans instead. They don't need to go into the non-prime products. Many borrowers in today's market understand just how difficult it is to get loans, and they assume they wouldn't qualify for a conventional or FHA loan, but when they reach out to us we find out that they do. We hadn't anticipated this trend, and it may keep the number of loans we issue through these products lower than expected. And second, we thought that the potential customer for these loans would be homebuyers who have been locked out of traditional financing. However, we have found that there are many existing homeowners who are looking to refinance. These customers have experienced significant equity appreciation in their homes that they would like to access to restructure their credit.

DS // Can you share with our readers the important distinctions between subprime and non-prime loans that are at times confused?

Sharga // A lot of confusion is just in the naming. Some of the bad lending practices have probably tarnished the notion of subprime loans in the early to mid-2000s. Regarding qualifications of the borrowers, there are a lot of similarities between today's non-prime or near-prime loans and the borrowers who were looking at subprime loans. It's the lending processes that are entirely different. Subprime loans were characterized by taking on enormous risk with little “Skin-in-the-Game” from borrowers. These loans were issued to completely unqualified borrowers. They were written in a way that got these borrowers into over-priced houses by creating zero down payment loans with an adjustable or teaser rate. In many cases, if the lenders had done their homework they would have found that when the rates adjusted, these borrowers were not qualified to handle the increased payments. Consumers weren't sophisticated enough to understand that going from a 2 percent interest rate in the teaser to a 4 percent interest rate later wasn't a 2 percent increase – it was 100 percent. Everything that could have gone wrong back then really went wrong.

Today, companies like ours are manually underwriting the loans and taking an extensive look at a borrower's financial history. The loans are fully documented; something that subprime loans were not. They worked on stated income without any supporting documentation. In our case, we're generally looking at 24 months of bank statements, or tax records, or at least a minimum of 12 months of bank statements. You can tell a lot about somebody's financial condition by looking at those documents.

We put people through the Ability-to-Repay protocol implemented by the Bureau of Consumer Financial Protection (BCFP), which is something that didn't exist in the subprime era. Through these practices, we’re offsetting, instead of layering risk. The market is also supporting this difference in processing.

DS // Regarding the secondary market, what interest is there today in prime non-prime loans?

Sharga // The buyers on the secondary market are interested in non-prime products, but only if they're carefully underwritten and serviced, and only if there's reasonable assurance that the underlying collateral properties are valued at what's indicated in the loan documentation. The buyers of these types of loans are people who typically have a long-term financial horizon. They're looking at loans that will pay out over a period. We believe there's a market for people buying both whole loans or securitized pools. There is interest, again, if the loans are the kind of high-quality loans that have always interested the market.