Home / Commentary / Counsel’s Corner: Who Pays the Tab in an RMBS Suit?

Counsel’s Corner: Who Pays the Tab in an RMBS Suit? 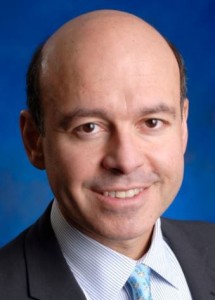 Torres recently discussed with DS News a decision handed down by the New York Appellate Division, First Department, in the case of U.S. Bank National Association vs. DLJ Mortgage Capital, Inc. The appellate court ruled that a trustee of an RMBS securitization is entitled to recover attorneys’ fees when suing a deal sponsor to enforce the sponsor’s obligation to repurchase defective mortgage loans underlying the trust, thus overturning a lower court's decision. Click here to view the court’s ruling. Torres and his team represented U.S. Bank as the trustee for two pools of failed residential mortgage-backed securities.

What exactly was the appellate court’s ruling in this case?

Essentially arguments in the decision centered around a specific provision in the pooling and service agreement, which is common to a lot of these RMBS trusts, which provides that the trustee is entitled to get reimbursed for enforcement expenses in connection with the failure of the sponsor to repurchase defective mortgage loans. With that provision, because it doesn't explicitly use the term "attorneys' fees," the argument that was made was that under the American rule, which like the rule in Europe where the loser ends up having to pay the fees of the other side, here each party bears its own attorneys' fees. In order to reverse that, there have been a line of cases in the United States that state that it really has to be unmistakably clear in the agreement that this kind of obligation was one that was undertaken by someone that you may actually be litigating against. So that was really the issue, and the lower court in this case and a number of other cases in the space, have similar provisions. Our response was that you really need to look at the agreement in context and understand that the underlying purpose of this provision was to ensure that if there was a breach of the obligations, that the certificate holders and the trusts not be required to bear the expenses of seeking a compel of sponsor to comply with its obligations. We had a couple of very strong cases in our favor, so the appellate court agreed and reversed the lower court, which I think is going to impact some other cases which have already resolved this issue against the trustee.

What do you think will be the effect of the appellate court's ruling on the mortgage industry?

One immediate effect is that in these RMBS cases where you have provisions that are similar or identical to this provision, it will be construed to impose that reimbursement obligation on the sponsors. This decision implements the true intent of the parties to these agreements that investors, who lost hundreds of millions of dollars as a result of defective loans dumped in these trusts by deal sponsors, not be required to bear the costs of enforcing the contractual obligation of the sponsors to repurchase those loans. The decision will have a significant impact on RMBS litigation going forward because many deals include similar reimbursement language.

These cases are fairly complex in terms of trying them, because you have to do a fair amount of work in analyzing loans and establishing that there has been a breach. We're not at the trial stage yet--we anticipate that litigation costs could run from $5 million to $10 million per case. We have a lot of cases, but there are a lot of other cases that are in front of Justice (Marcy) Friedman (New York State Supreme Court), and there are a lot of similar cases that are before other New York State Supreme Court Justices. There are also similar cases that are pending in the federal district courts in New York and there may be others outside the state.