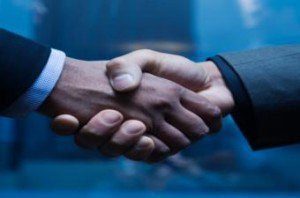 "Niemiec began his career with the company 10 years ago as a mortgage banker and he embodies a "street" focus that came from working with thousands of clients over the years," Quicken Loans said in a statement. According to Quicken, he "deeply understands the needs of loan officers and homeowners," bringing that viewpoint to his new role. Niemiec has spent the last two years leading the Account Executives at QLMS through a period of growth, which has prepared him to help the company continue that expansion.

"QLMS couldn't be in better hands as it writes the next chapter in its story of innovation, client service and success," said Bob Walters, President and COO of Quicken Loans. "Austin lives by the motto 'Always grateful, never satisfied.' That combination of gratitude for past successes, along with a searing desire to consistently innovate and improve, is powerful and will serve QLMS well."

"I'd like to thank Dave for his passionate and thoughtful leadership of QLMS," said Walters. "Dave is one of the most dedicated people I know. He truly lived and breathed QLMS and poured a tremendous amount of effort, passion and intellect into making it the industry leader it has become."

Previous: Cenlar Hires SVP of Default Operations
Next: How Investors Are Preparing for Natural Disasters