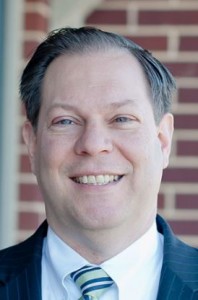 Stephen M. Hladik is a partner with Hladik, Onorato & Federman, LLP, (HOF Law Group) based in the Northeastern U.S. Hladik is a former Senior Pennsylvania Deputy Attorney General and former head of the Pennsylvania Attorney General’s Harrisburg office for Consumer Protection. He has handled cases on a nationwide basis in front of numerous regulatory bodies. He has an extensive background in compliance issues and defending companies faced with matters involving state attorney generals. After entering private practice, Hladik served as managing attorney of the Pennsylvania office of a large national creditor’s rights firm, where he oversaw thousands of files through the default process. He focuses his practice on and frequently lectures about mortgage law, UDAP, FDCPA, and related business litigation and real estate. In April, Hladik was elected Chair of the Government Affairs Subcommittee of the Legal League 100. Hladik recently spoke with DS News about a statute of limitations issue that has implications for all lenders and servicers.

From a compliance standpoint, what issues are your lender and servicer clients dealing with right now?

Under the UDAP statute, our courts have ruled that a private litigant's right of action is only six years, but the Commonwealth in its investigation continues to maintain there is no statute of limitations applicable to it. So put that in a broader context for a lender or a servicer and you have an issue where somebody files a consumer complaint with the AG's office relating to a servicing issue. The AG's office literally has the power and the capability to overwhelm a company with documentary requests. The Office can request documents back 10 years or more if it wants to. So it's a very significant issue for servicers and lenders in general when they are subject to civil investigative demands and subpoenas from various state AGs. You've seen how much enforcement capability the CFPB has, and what often gets overlooked is the power the state AGs still have in these matters.

What are the implications of this issue for servicers on the nationwide level? What if there is no statute of limitations?

Pennsylvania's Office of Attorney General has a power of subpoena that is enormous. They are entitled to have an incredible amount of documents produced, and there is no real check on it. There is no real limitation on it in the statute that gives them the power. The Office has a right to force witnesses to testify under oath in the deposition format. It's not just, "Answer these questions” like interrogatories. The Office can tender you questions and request years worth of records in addition to compelling live testimony of witnesses.

With this legal position and the ability to seek documents and compel enforcement actions, there is nothing to check the power of the government without any form of limitation period. My personal view is that there has to be some type of check and balance when you're dealing with an enforcement agency. We have statutes of limitations out there for everything, yet the Commonwealth of Pennsylvania maintains there is no statute of limitations against it and its enforcement powers, which makes a significant difference when you're a lender or a servicer dealing with a state AG and dealing with a multi-state investigation. The reason being, if you have a clear line of a two-year lookback, that's a lot different than dealing with a state attorney general or an enforcement agency in dealing with a problem or negotiating a resolution or correcting a problem if you know you're committed to a two-year time frame. However, when a state enforcement agency takes a position that it has an unlimited length of time to investigate you, all of a sudden, what does that do from a lender or servicer standpoint? If I have a lookback of 5, 10, 20, or an unlimited number of years, my pool of potential consumers is exponentially larger, and I have a lot more documents I have to produce, a lot more review, a lot more compliance, and a lot more issues to settle. If there were a clearly articulated statute of limitations on the commonwealth, it makes a big difference.