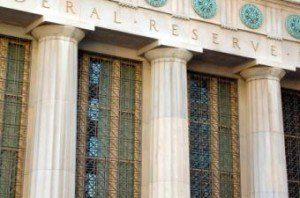 A report by Bloomberg states that President Donald Trump has accused the Federal Reserve of behaving like a “stubborn child” as it decided to not lower interest rates.

“Now they stick, like a stubborn child, when we need rates cuts, and easing, to make up for what other countries are doing against us. Blew it!,” the president said in a tweet on Monday.

Bloomberg states that Trump has previously criticized Fed Chairman Jerome Powell for raising interest rates over the past year, and in Trump’s viewpoint, too far and too fast.

The report continues, by saying Trump criticized European Central Bank President Mario Draghi on June 18, after Draghi noted more monetary stimulus may be on the way.

There is an expectation, according to Bloomberg, that the Fed is set to cut rates, possibly as soon as its July 30-31 meeting.

WalletHub released results of a survey earlier this month that showed the likelihood the Fed will slash interest rates increased as 2019 continues. The chances of an increase grow to 97% by September 18.

Previous: Bifurcated Appraisals: Insights Into an Evolving Industry
Next: Affordability Increases on the West Coast