Are Fannie and Freddie “Systemically Important”? 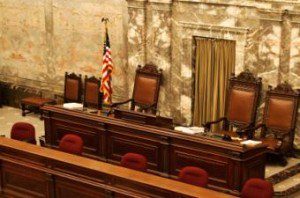 In his opening statement, Committee Chairman Mike Crapo discussed the importance of reevaluating the GSE’s place in the mortgage market, noting FHFA Director Mark Calabria’s push to end the conservatorship of Fannie and Freddie.

“In recent weeks, FHFA Director Mark Calabria has repeatedly stated, quoting President Kennedy, that ‘the time to repair the roof is not in the middle of a downpour but when the sun is shining,’” said Crapo in his opening statement. “I agree with this sentiment. We have a key opportunity right now, while the sun shines on our economy and mortgage markets are healthy, to put our housing finance system on a durable, sustainable course that can withstand any market cycle.”

According to Crapo, Fannie and Freddie are too big to fail, and “hold far less capital, and are far more leveraged, than any other currently-designated SIFI.”

The witnesses each answered the question, “are Fannie Mae and Freddie Mac systematically important?” According to Pollock, they are. However, he notes that Financial Stability Oversight Council (FSOC) should designate Fannie and Freddie as SIFIs.

“That would be consistent with the clear provisions of the Dodd-Frank Act,” Pollock stated. “In my opinion, the country needs Fannie and Freddie to be integrated into the efforts to understand and deal with systemic risk. Without including Fannie and Freddie, these efforts are woefully incomplete.”

“Fannie Mae and Freddie Mac were put into conservatorship because they were deemed too big to fail, the very concept that underpinned the creation of the SIFI designation,” said Holtz-Eakin. “Thus, we would automatically expect the GSEs released from conservatorship to be considered SIFIs.”