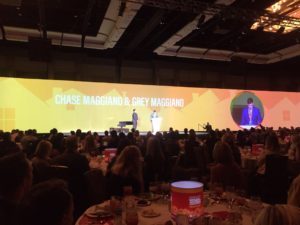 Five Star Global has announced that the 2020 Five Star Conference and Expo will now be a fully virtual event on September 14-15.

“This decision did not come easy for me or the Five Star family, but given the circumstances, we felt it was the right choice,” said Five Star Global President and CEO Ed Delgado. “However, no pandemic will deter Five Star from delivering the best conference experience with unparalleled networking and education for lenders, servicers, and government agencies.”

“Now more than ever, Five Star is committed to supporting value-added opportunities to enrich the mortgage community,” he added.

Five Star is not alone when it comes to moving 2020 live events into a virtual format, as the Mortgage Bankers Association (MBA) has also announced that the remainder of its 2020 Fall Conference schedule, including its Annual Convention and Expo, are being moved online. The outbreak of the pandemic in the spring also prompted the cancelation or delay of numerous industry events, including several MBA and Ellie Mae events.

Prior Five Star Conferences have been attended by leaders from the Federal Housing Administration, the Department of Housing and Urban Development, Fannie Mae, Freddie Mac, Wells Fargo, Flagstar Bank, and US Bank.

Past events included sessions that delved into foreclosures, legal practices, single-family built for rent, as well as member-only events from the FORCE and the Legal League 100.

Since March, the spread of COVID-19 has disrupted the housing and mortgage industries. President Donald Trump on March 13 officially declared a national emergency in response to the outbreak.

In response to the pandemic, the FHFA provided forbearance plans for borrowers with loans backed by the GSEs. Black Knight reported that on June 22 an additional 723,000 homeowners were past due on their mortgages in May—pushing the national delinquency rate to its highest level in 8.5 years.

There are currently more than 4.3 million homeowners past due on their mortgage or active foreclosures.