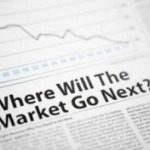 Housing has not necessarily suffered because of the weak GDP growth in Q1, however.

“Real GDP has been on a downward trend since the second quarter of 2015 (growth: 3.9 percent), a result of slower or negative growth in personal consumption spending, private investment, and exports,” said Carmel Ford of the National Association of Home Builders (NAHB), in late May. “It is important to note that although overall private investment has dropped, residential fixed investment growth has accelerated. The residential fixed investment component of GDP grew at a seasonally adjusted annual rate of 17.1 percent in the first quarter, up from 10.1 percent in the fourth quarter of 2015. This GDP component includes the construction of new single-family and multifamily units, remodeling, and other activities related to housing.”

While the sentiment for most of the year among economists and analysts was that the Fed would raise rates again in June, the forecasted June rate hike did not happen and a series of recent economic headwinds that include a weak May jobs report (only 38,000 jobs added) and the U.K.’s exit from the European Union have made it unlikely that the Fed will raise rates again for several months.

In April, pending home sales hit their highest level in more than a decade. Will they continue to rise in May, or will they fall back down to earth? The industry will find out when the National Association of Realtors (NAR) [2] releases its Pending Home Sales Index [3] for May 2016 this Tuesday, June 28, at 10 a.m. EST.

The NAR’s Pending Home Sales Index (PHSI), which is based on contract signings, rose by 4.6 percent year-over-year in April to a figure of 116.3 and have now increased year-over-year for 20 consecutive months. April’s level was the highest for the PHSI since February 2006, before the crisis, when it was 117.4.

Existing sales continued upward by 1.7 percent in April and another 1.8 percent in May up to an annual rate of 5.53 million, and the strong PHSI report plus low mortgage rates suggest a continuing steady recovery through the summer. However, the long-term weakness among first-time buyers continues to dampen all sales in 2016.

"(The April PHSI) report rounds out a triple crown of April home sales reports with existing home closings, new pending contracts, and new home sales all solidly up as the spring buying season ramped up," said Realtor.com Chief Economist Jonathan Smoke. "Across these metrics, the pace of total home sales is up more than 10 percent over last year, putting 2016 in the pole position to earn the standing of the best year in a decade. Overall, the report is a clear indication that this spring buying season is truly the best in a decade."

Though it won’t be reflected in May’s housing reports, it will be interesting to see how last week’s Brexit vote [4] will affect housing in the U.S. Some economists are predicting that mortgage interest rates, which are already near historic lows (3.56 percent for 30-year fixed-rate mortgages, according to Freddie Mac last week).  Greg McBride, chief financial analyst with Bankrate.com, told DS News that “Mortgage rates will tumble, possibly hitting new record lows. If you're a borrower, don't wait to lock in your rate, as this opportunity may not last long." NAR Chief Economist Lawrence Yun said, “Demand for U.S. real estate could rise.”