The Treasury Department announced Thursday new efforts by the Obama Administration to further stabilize the housing market. During his remarks at the Making Home Affordable (MHA) Fifth Anniversary Summit, Secretary Jack Lew announced an extension of the MHA program for at least one year and a new effort to help jump-start the Private Label Securities (PLS) market.

“Families and neighborhoods across the country continue to recover from the financial crisis, and we must not lose our resolve to help them, even as the economy continues to expand,” Secretary Lew said. “From day one, the Obama Administration has worked to provide relief to struggling homeowners and stabilize hard-hit communities. Today’s announcement continues that effort. These new actions will help provide more affordable options for renters, assist homeowners facing foreclosure or juggling bills to pay their mortgages and expand access to credit for prospective borrowers.”

The extension of MHA would push the end of the program to December 31, 2016 and allow American homeowners more time to take advantage of the suite of programs, which Lew has characterized as an example for the mortgage industry on how to restructure loans, aimed at avoiding foreclosures and addressing homes that are “underwater.”

In his remarks, Lew asserted that the Home Affordable Modification Program (HAMP), one of the MHA’s hallmark programs, has provided aid for more than 1.3 million homeowners by allowing them to permanently modify their mortgages, saving an average of $540 per month. Treasury contends that more than 5 million homeowners have been assisted by private lenders who have mostly used a similar framework to that established by HAMP.

Additionally, Secretary Lew announced an effort by the Treasury Department to revamp the PLS market. Prior to the housing crisis, private label securities market allowed access to credit for qualified Americans who fell short of GSE and FHA eligibility requirements by bundling mortgages and allowing the risk to be to be spread out among investors.

Since the financial crisis, the PLS market has undergone extensive regulation. Many of the largest investors who were active in the market pre-crisis have yet to return. To determine what can be done to encourage new PLS investment, the Treasury Department will be hosting a series of meetings with investors and is publishing a request for comment in the Federal Register. 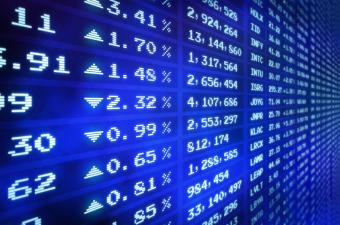 Paul Nagai, Managing Director, The Antares Company, discusses the effects the pandemic is having on the industry. Note: This piece previously appeared in the August edition of DS News.