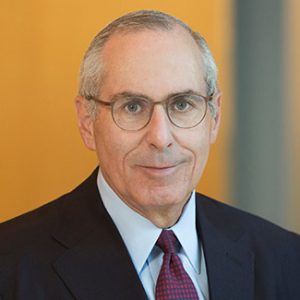 Don Layton, the current Senior Industry Fellow at the Joint Center for Housing Studies at Harvard University—and former CEO of Freddie Mac—penned a new blog post on the public release of the inaugural Equitable Housing Finance Plan, which outlines a range of specific actions Fannie Mae will take over the next three years to knock down barriers faced by Black homeowners and renters throughout their housing journey.

As a refresher, the plan includes efforts to enhance homebuyer education, pilot programs to improve credit scores, and to explore security deposit alternatives as well as the creation of Special Purpose Credit Programs. This Plan is just one segment of an evolving strategy for Fannie Mae and Freddie Mac to address inequalities in the housing finance system and extend the wealth-building benefits of homeownership.

The plans, independently released by Fannie Mae and Freddie Mac (the GSEs), revealed that Freddie Mac would try to increase sustainable homeownership and rental opportunities traditionally underserved Black and Latino communities, Fannie Mae would “knock down barriers standing in the way of greater equity in housing.”

Knowing all this, Layton brings up four major issues that industry and other observers should watch in the coming years to see how the plans strategically evolve, including whether or not the programs survive at all:

The GSE’s housing goals and their respective Duty to Serve social programs have been codified by congressional legislation, meaning they are legal requirements placed upon two companies. The EHF plan stems wholly from the Federal Housing Finance Agency (FHFA) whose funding can be dropped by a republican-backed congress, should that party regain control in future elections.

“The first time that a Republican-appointed FHFA director takes charge (which could be as soon as January 2025), the EHF program is very much at risk. The program could be cancelled, with some plausible justification, or it could be shrunk back to have very limited scope,” Layton wrote. “Or perhaps, at that point, it could have enough bipartisan political support that a core program could continue to operate in a manner acceptable to both parties. We will, unfortunately, only find this out as the party in the White House (and thus the FHFA) changes, perhaps even through several political cycles, which makes this a very long-range issue to watch.”

Until recently, “special purpose credit programs” (SPCPs) were a rarely-employed mechanism created by the 1974 Equal Credit Opportunity Act. Today, it’s a core concept of the new EHF plans. Freddie Mac has committed to “exploring the use of the SPCP framework in order to expand access to mortgage funding for traditionally underserved minority communities.”

Opposite that, Fannie Mae said it plans to launching no less than five SPCP pilot programs to assist the same communities.

“Obviously, given the controversial nature of this type of program, it is a real possibility that the HUD general counsel ruling or specific SPCP programs will generate lawsuits challenging them on the grounds they do, in fact, violate anti-discrimination laws,” said Layton.

Layton continued, “Similar to the political durability of the plans described above, as soon as a Republican president enters office and appoints new leadership at HUD, the recent SPCP ruling could also easily be revised to reduce or effectively eliminate its impact. So, the focus on SPCPs may or may not get very far depending on the outcome of the next presidential election.”

The Fannie Mae EHF plan has been specifically worded to address the plight felt by solely black homeowners; while the Freddie Mac plan is broader, its plan leaves out all but two demographics: Black and Latino.

According to recent data, the homeownership rate among black households is 45.3%. The rate among Hispanics is 49.1%, Asian is 59.4%, and Native Americans are about 56%. Concurrently, the rate among white households is at 74%, leading one to believe that a targeted plan enveloping all households of color is fully justifiable.

“Therefore, advocates for the excluded racial groups now face a dilemma: to let the two EHF plans stand unchallenged, or fight to expand them to include all non-white households as equal priorities.” said Layton. “The most important such case will be whether Hispanic advocacy groups challenge the Fannie Mae program, as they represent the largest ethnic group in America, accounting for about 19% of the population. Objections by such advocacy groups or by politicians on their behalf can be made noisily (e.g. holding press conferences, threatening lawsuits) or quietly (e.g. visiting the FHFA to complain that excluding or treating them on a second-class basis is unfair and, in its own way, discriminatory).”

The timeframe for this issue to play out is nearly immediate and bears being closely watched.

Traditionally, first time buyers have the least amount of assets to bring to the table in order to scrounge up a down payment, which is admittedly getting larger due to the rising cost of housing. While downpayments can now be as low as 3% through certain GSE programs, closing costs have continued along their path unfettered, a path which could be drawing to an end as the EFH plans from both companies eyed it as a way to lower costs and help increase minority homeownership rates.

“The issue is, however, well-known within housing finance circles to be sensitive,” said Layton. “The largest sources of closing costs for GSE-funded loans come from title insurers and mortgage insurers, with both industries reputed to earn unusually high profit margins, and believed to have a high degree of political protection due to outsized lobbying and other political influencing activities. In fact, the two industries are broadly considered quite effective at influencing Congress in particular, with previous efforts to lower costs for homeowners being largely unsuccessful.”

“So, the fact that both plans specifically call out the cost of title insurance (and the Freddie Mac plan additionally calls out mortgage insurance) acts as a warning shot to those industries that their high margins may be targeted for reduction, at least with respect to EFH-related lending activities,” Layton continued. “It remains to be seen whether the title and mortgage insurance industries accept lower margins on such EHF-related loans or, fearing this is the beginning of a broader attack on their high profit margins, move aggressively to protect their interests.”

“I can only wish the FHFA and the two GSEs the best as they embark upon a long-term journey to evolve their just-announced EHF plans, chock full of topics to research and pilots to run, to become stable and mature programs with bipartisan support that are hopefully successful at materially reducing racial homeownership gaps,” Layton concluded.