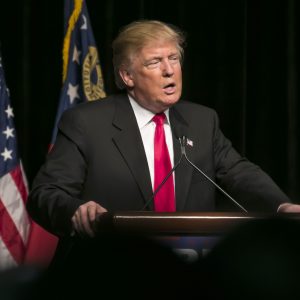 “The Five Star Institute recognizes and appreciates the important work that Dr. Ben Carson, the Department of Housing and Urban Development (HUD), and Brian Montgomery are doing at HUD,” said Ed Delgado, President & CEO of Five Star Global. “Their work simply cannot be overlooked. The commitment to fair and affordable housing is critical in today’s marketplace, and we thank them for their leadership and action on this issue facing the housing market.”

The Council, chaired by Carson, Secretary of HUD, will be composed of members from eight Federal agencies, tasked to engage State, local, and tribal leaders across the nation to discuss and alleviate issues surrounding affordable housing.

“The [National Association of Home Builders] applauds President Trump for making housing a top national priority. With housing affordability near a 10-year low, the president’s executive order on this critical issue underscores that the White House is ready to take a leading role to help resolve the nation’s affordability crisis,” said Greg Ugalde, Chairman of the National Association of Home Builders.

According to HUD, the construction of new homes has not kept pace with new household formations, because more than 25% of the cost of a new home is the direct result of Federal, State, and local regulations. Among the Council’s responsibilities, is to identify policies that artificially increase the cost of homeownership and reduce regulatory burdens.

“The National Association of Realtors thanks President Trump for taking much-needed steps to address housing affordability in this country, and we look forward to continuing to work closely with the White House to ensure the American Dream remains attainable for all those who seek to become homeowners,” said John Smaby, President of the National Association of Realtors.

According to First American’s Real Estate Sentiment Index, affordability has been the primary roadblock to homeownership, as those who found affordability to be an obstacle in 2019 increased to 40% from 30.1% year-over-year.