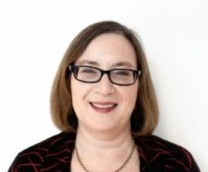 Nearing the 60 day mark as the country’s newest Federal Housing Administration (FHA) Commissioner, Julia Gordon is continuing on her mission of getting people into affordable housing, but facing extraordinary challenges is making this task difficult, requiring her to seek alternatives to achieve this goal.

“We want to provide alternatives to plain, vanilla single-family housing,” says Gordon, in an exclusive interview with Forbes Advisor after being sworn in as FHA Commissioner and Assistant Secretary of the U.S. Department of Housing and Urban Development’s (HUD) last month. “Right now, single-family housing is upward of $400,000, which is well out of reach for most households.”

Gordon went on to say the inability of working-class people to afford a home keeps her up at night.

“Homeownership has been one of the most powerful tools for economic stability. I worry that homeownership is becoming just a privilege for the wealthy,” Gordon says. Government housing programs “have enabled widespread homeownership, which has built the middle class, something Americans are very proud of. But the middle class is disappearing.”

How the FHA plans to tackle the housing shortage

The COVID-19 pandemic only exacerbated the housing shortage the market was experiencing at the beginning of the pandemic as demand largely outstripped supply. In May alone, there were 516,000 newly-listed single family homes, nearly a 60% drop from before the pandemic when the market saw 1.3 million single family homes listed in May 2019. Rising raw material costs and supply chain issues are not helping alleviate any problems either.

Gordon thinks that redefining what is considered “viable housing” is a good place to start on addressing this issue.

Gordon says her work at the National Community Stabilization Trust, a nonprofit organization that rehabilitates and restores abandoned and vacant homes, has prepared her for tackling at least part of the affordable housing shortage. The FHA also has renovation mortgages that help people purchase lower-cost, fixer-uppers.

She would also change how an FHA-backed home is sold during the foreclosure process. She believes that changing the process from selling the home to the highest bidder and instead selling them to low-income families and at risk communities would also be a step in the right direction.

Getting ahead of foreclosures: FHA’s plans for prevention

Gordon does not just want to get people into homes, she wants to keep them there.

According to Forbes, in May 2020, nearly 12% of loans backed by Ginnie Mae were in forbearance. That number has dwindled to just 1.25%, according to the latest data from the Mortgage Bankers Association (MBA).

But some people have been left behind after CARES Act protections expired and addressing those homeowners is important but getting into contact with them can be tough. While some of these borrowers my have had no intention of paying their mortgage in the first place, others ignore help due to other factors such as being embarrassed of the situation they are in.

“These people have been traumatized, and when people are in that place, they’re hunkered down. They’re not as good at record keeping, they throw out mail,” Gordon says. “You need compassion and creativity to reach these people.”