Fannie Mae and Freddie Mac CEOs are expected to get multimillion-dollar increases to their paycheck approved by the GSEs' regulator, the Federal Housing Finance Agency (FHFA), according to Wednesday's 8K Filings (Mayopoulos and Layton) with the U.S. Securities and Exchange Commission (SEC).

On June 29, 2015, the FHFA approved changes to the compensation of Fannie Mae’s CEO Timothy J. Mayopoulos, and Freddie Mac’s CEO Donald H. Layton to address recent objectives outlined by the FHFA. Both salary adjustments will go into effect on July 1, 2015.

According to the SEC filing, Mayopoulos’ and Layton’s compensation cannot be higher than the 25th percentile of CEO compensation for their comparator group, are described in Fannie Mae’s Form 10-Q for the quarter ended March 31, 2015.

Congress attempted to fight this salary increase earlier this year, stating that the raise would not be fair to taxpayers.

The Federal Housing Finance Agency (FHFA) gave Freddie Mac and its fellow GSE, Fannie Mae, authorization to review the salaries of their respective CEOs, Layton and Mayopoulos. Both CEOs made $600,000 each without bonuses in 2014. The pay reviews for the top executives at the GSEs are largely due to concerns that the Enterprises will not be able to stay competitive because their CEOs make less than some lower-ranked executives.

FHFA director Mel Watt directed Freddie Mac to submit a proposed executive compensation for the CEO position that could be as high as $7.26 million a year, the 25th percentile of the market in May.

Royce said in a statement on his website that it is "unconscionable" that Freddie Mac would elevate the pay of its CEO to that level while taxpayers are still on the hook. The fact that the GSEs are still under conservatorship of the FHFA, where they have been since September 2008, is still a contentious one among politicians and stakeholders in the housing market.

"At a time when American families are still struggling to find their footing financially, it is absolutely unconscionable that regulators would allow the taxpayer-bailed out Freddie Mac to pay its CEO over $7 million dollars a year," Royce said. "Just last week a stress test of the GSEs showed the possibility of a future taxpayer bailout to the tune of $150 billion, yet FHFA appears to be pursuing the pre-crisis model of private gains and public losses. We can't simply put the blinders on and say the GSEs are just like other companies. We need to move towards a model that allows the private sector to compete on a level-playing field, not one where Fannie and Freddie act like the private corporations with taxpayers on the hook for losses. In the interim, I will be introducing legislation to block this potential hike in CEO pay." 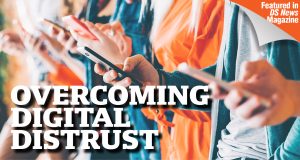