The median monthly asking rent in the U.S. surpassed a whopping $2,000 for the first time in May —rising 15% year-over-year to a record high of $2,002— according to a new report from Redfin. That’s on par with April’s annual increase of 15%, but a slowdown from March’s 17% gain.

“More people are opting to live alone, and rising mortgage-interest rates are forcing would-be homebuyers to keep renting,” said Redfin Deputy Chief Economist Taylor Marr. “These are among the demand-side pressures keeping rents sky-high. While renting has become more expensive, it is now more attractive than buying for many Americans this year as mortgage payments have surpassed rents on many homes. Although we expect rent-price growth to continue to slow in the coming months, it will likely remain high, causing ongoing affordability issues for renters.” 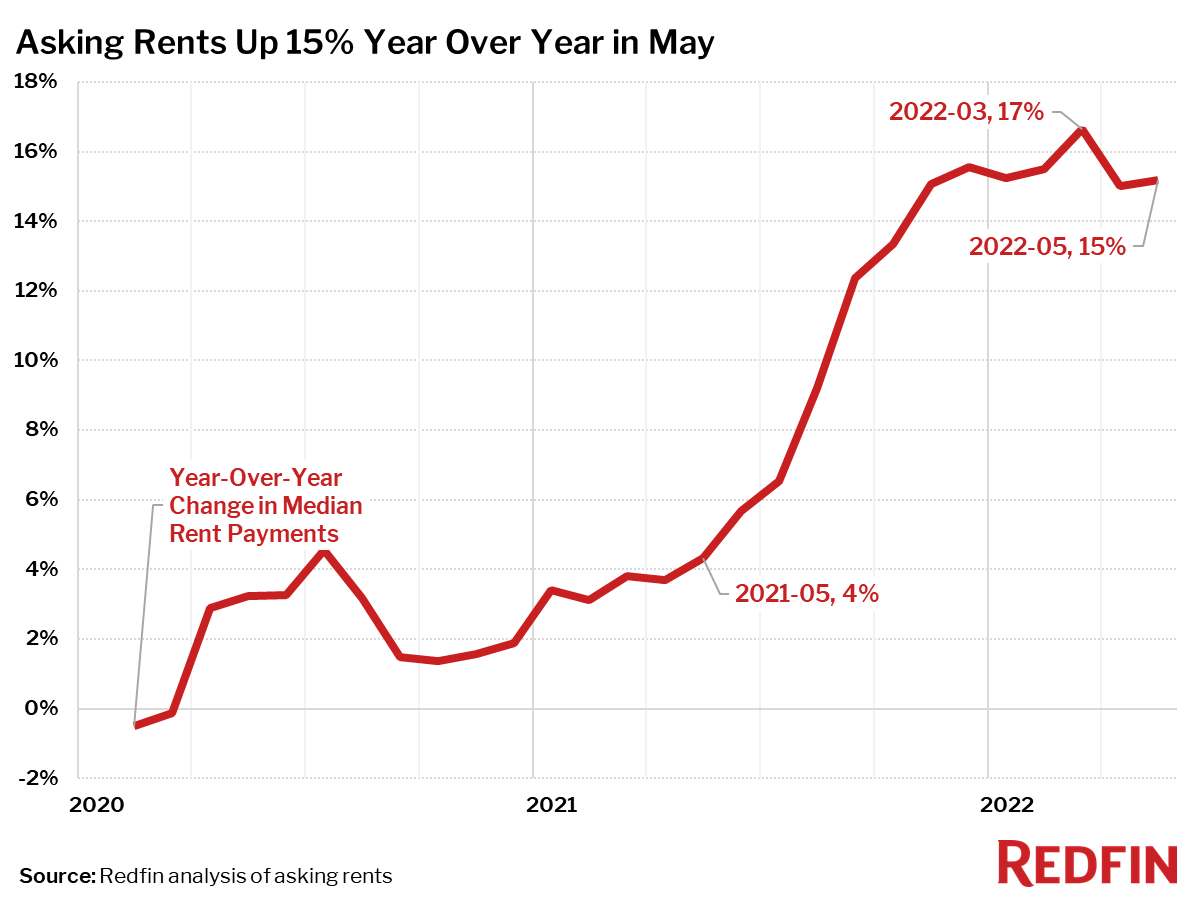 Asking rents surged 48% year-over-year in Austin, Texas —the largest increase on record in any metro area since at least the beginning of Redfin’s rental data in 2019. Nashville, Tennessee, Seattle, and Cincinnati also saw asking rents increase over 30% from a year earlier. Rent growth in Portland, Oregon at (24%) fell below 30% for the first time since the start of the year, causing it to drop out of the top 10.

To read the full report, including charts, additional data and methodology, click here.