Home / Headlines / Nationstar Elects Bray Chairman of the Board

Nationstar Elects Bray Chairman of the Board 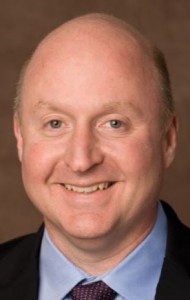 Nationstar Mortgage LLC, one of the largest mortgage servicers in the country with a servicing portfolio that exceeds $402 billion in value and more than 2.5 million customers, has confirmed that President and CEO Jay Bray has been unanimously elected Chairman of the Board for the company.

Nationstar announced the retirement of Wes Edens, owner of the NBA’s Milwaukee Bucks and founder of Fortress Investment Group, as the Nationstar’s Chairman of the Board with the unanimous election of Bray to the position.

“This transition promotes unified leadership between the management and board and is a testament to the board’s confidence in Jay and his highly regarded business and industry knowledge and experience,” Nationstar said in statement. “Wes Edens retired from the board but will continue to be involved in the business as Co-Chairman of Fortress, our largest shareholder. We are grateful for Wes’ time on the board and appreciate Fortress’ continued commitment to our success.”

Before joining Nationstar, Bray worked as an audit manager for Arther Andersen in Atlanta in the early 1990s. He has also held a variety of leadership roles for Bank of America, including managing the Asset-Backed Securitization process for mortgage-related products and developing and implementing a secondary execution strategy and profitability plan and managed investment banking relationships, secondary marketing operations and investor relations.

Marking the 35th anniversary of its DUS platform, the GSE continues to support its mission to provide access to affordable housing nationwide.