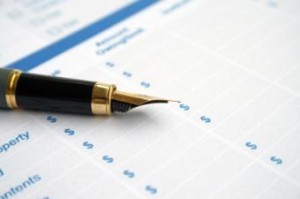 Results from the Housing Opportunities and Market Experience (HOME) survey conducted through the National Association of Realtors (NAR) show roughly three-quarters of surveyed households still believe now is a good time to buy a home, but there's a significant gap in morale between homeowners and renters and about half of those with student debts are unsure about taking on a mortgage.

“Existing-home prices surpassed their all-time peak this spring and have climbed on average over 5 percent nationally through the first five months of the year and even faster in areas with severe supply shortages,” he said. “Most homeowners appear to realize that if they're ready to sell, they'll likely find a buyer rather quickly and be able to use the sizeable equity they've accumulated in recent years towards their next home purchase. Meanwhile, renters interested in buying continue to face minimal choices, strong competition and home prices growing faster than their incomes.”

Additionally, the survey showed that having student debt is causing many potential buyers to be uneasy about acquiring additional debt. Around two-thirds of non-homeowners as well as half the respondents under 35 with student debt stated they didn’t feel confident also taking on a mortgage. Furthermore, this subset didn’t believe they'd be able to qualify for a mortgage if they applied.

“It's becoming very evident from this survey and our research released last month that the financial and emotional impact of repaying student debt is contributing to a delay in purchasing a home for many would-be buyers,” adds Yun. “At a time of quickly rising rents, mortgage rates at all-time lows and increasing housing wealth, a lot of young adults in their prime buying years are struggling to enter the market and are ultimately missing out on the stability and wealth accumulation that owning a home can provide.”

With regard to selling, because of strong price growth seen in most of the country and homes selling much quicker than years past, 61 percent of current homeowners surveyed believe it is a good time to sell. This is a 5 percent increase from the first quarter of this year. NAR found that those surveyed in the West were again the most likely to think now is a good time to sell.

About 93 percent of respondents surveyed about their views on home prices in their community for the next six months believed that prices will stay the same or rise, a slight increase from last quarter’s 91 percent. Respondents from the West, both renters and those living in urban areas, are most likely to believe prices will go up in their communities.

“More homeowners acknowledging this pent-up demand may perhaps mean we begin to see more supply come online in the near future,” Yun said.