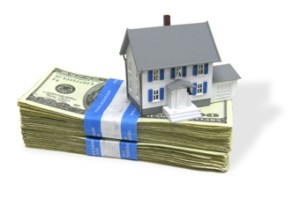 The 33.7 percent share is the lowest for cash sales since September 2008, at the beginning of the housing crisis.

"The cash share of home sales continues to decrease due to declines in investor activity as well as declines in distressed sales," CoreLogic senior economist Molly Boesel said. "The consistent monthly reduction in the number of purchasers using cash to pay for a home is indicative that the housing market continues to move to normal."

At their peak in January 2011, cash sales accounted for 46.5 percent of total home sales nationally. The cash sales share averaged about 25 percent prior to the housing crisis in 2008. Should the cash sales share continue its current rate of decline, it should be back to its pre-crisis level of 25 percent by the middle of 2017, according to CoreLogic.

CoreLogic reported that while the share of REO sales that were all-cash transactions remained high, REO sales comprised only 7.4 percent of all home sales in April – down from the peak of 23.9 percent reached in January 2011. The majority of home sales in April 2015 were resales (about 81 percent), meaning resales have the greatest impact on the total share of cash sales.