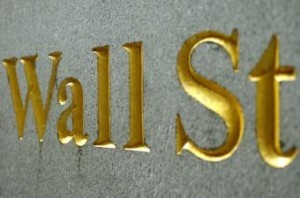 In the midst of a heated debate in Congress where Republicans are trying to push their alternative to the Dodd-Frank Act, the Financial CHOICE Act, and Democrats are fiercely resisting the proposed change, a poll showed bi-partisan support for greater financial accountability and tougher regulation.

A survey of 1,000 likely voters jointly conducted in late June by the Center for Responsible Lending (CRL) and Americans for Financial Reform (AFR), measuring consumer satisfaction with Wall Street Banks and a range of other financial services indicated that members of both parties think financial regulation should be tougher.

The results of the poll were released as the fifth anniversary of the opening of the controversial Consumer Financial Protection Bureau (CFPB) approaches, on July 21. As of March 31, 2016, approximately 859,000 consumer complaints have been filed with the CFPB, and about $3.4 billion in restitution has been paid to consumers, according to the Bureau’s most recent semi-annual report to Congress released June 30. Nearly 196,000 of those complaints have been mortgage-related, making mortgages the most complained-about financial product by consumers to the CFPB.

“Nearly five years following the creation of the Consumer Financial Protection Bureau, consumers are still calling for financial accountability,” said Mike Calhoun, CRL president. “Efforts to bring transparency and fairness to personal finance may have begun. But these new results signify that our work must continue. Every consumer is entitled to financial fairness.”