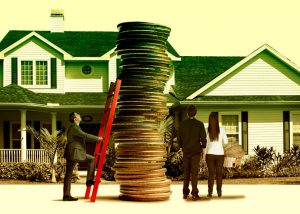 The current state of the real estate market—which is now adapting to record high inflation and higher interest rates—is giving real estate companies and experts a run for their money as the continued pressure of these forces is causing problems for those making predictions for the future.

The latest forecast to be downgraded comes from Fannie Mae as the July 2022 commentary from the Economic and Strategic Research Group (ESR) who made the changes due to “softening consumer spending” and new business inventory investment data.

All-in-all, the ESR is now forecasting that real GDP will increase by 0.1% by the end of the calendar year and will move into negative territory in 2023 predicting a decrease of 0.4%. They previously predicted these numbers to be an increase of 1.2% in 2022 and a 0.1% decrease in 2023.

In no uncertain terms, the ESR states they are expecting recession conditions to begin occurring in the first quarter of 2023, a prediction that has been moved up from the second quarter, due to the aggressive monetary policy response required of the Federal Reserve to bring inflation down from its current decade-high levels. 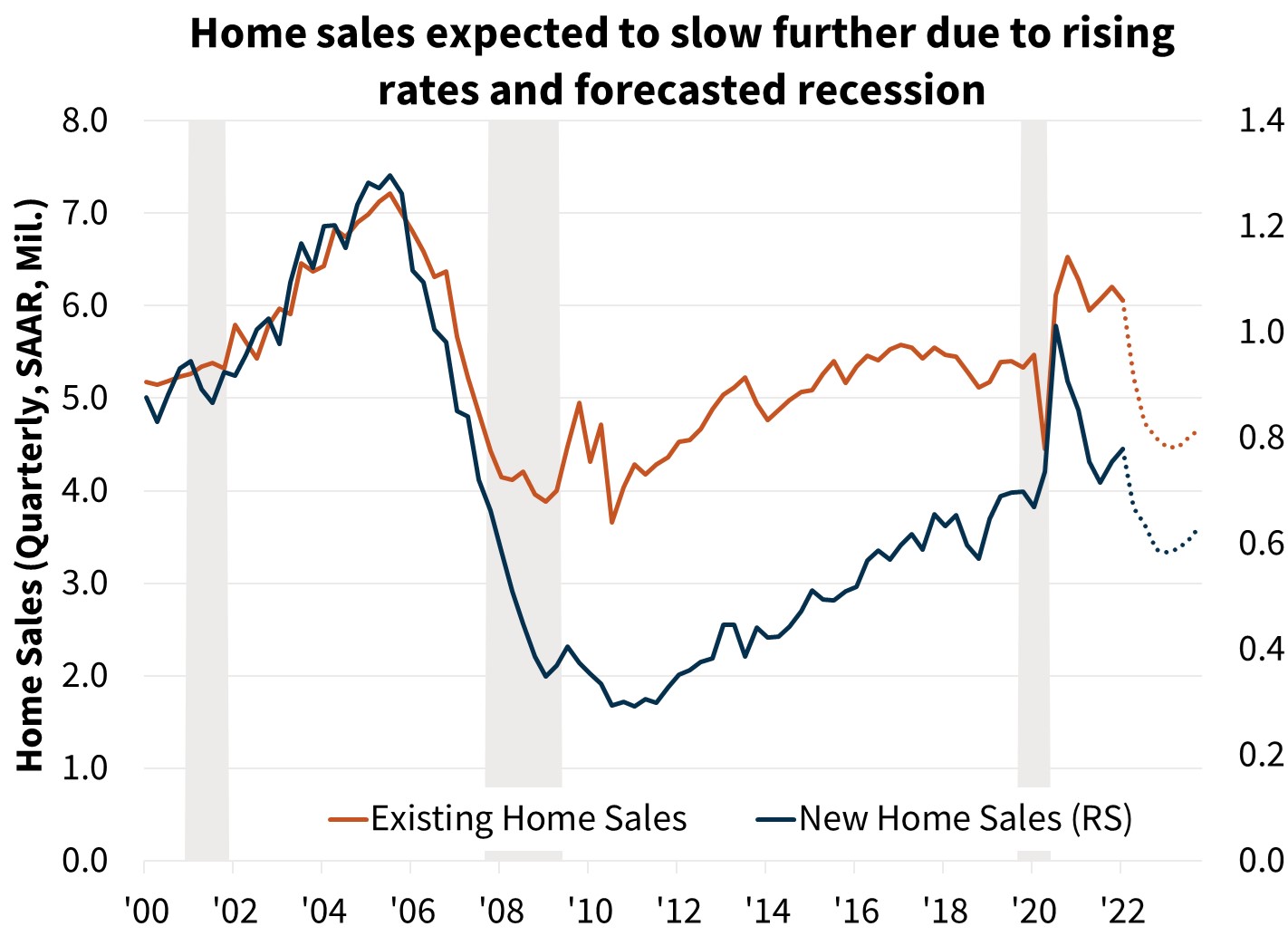 By the fourth quarter of 2022, inflation, as measured by the Consumer Price Index, to moderate to 5.7% annually, down from the 9.1% recorded in June. Further, they predict inflation to sink to 1.6% by the end of 2023, well under the Federal Reserve’s target of 2%.

The group stated that it “continues to anticipate strong deceleration in home price growth going forward due to the lagged effects of higher mortgage rates and the slowing economy weighing on purchase demand.”

“The economy slowed significantly, though unevenly, in the first half of 2022 on the expectation that the Fed will aggressively raise interest rates,” said Doug Duncan, Fannie Mae Senior Vice President and Chief Economist. “With inflation running well above the target rate, the market’s expectation that further, substantial monetary tightening is needed has driven interest rates even higher, and interest rate-sensitive sectors, including housing, are slowing in response. Homes listed for sale are increasingly seeing asking-price reductions, and both construction and home sales – both existing and new – are slowing.”

Duncan continued: “Consumer confidence measures increasingly indicate dissatisfaction with current levels of inflation, offering support to the Fed’s aggressive posture. We continue to believe that it’s unlikely the economy will avoid a modest recession, but given recently released consumer spending and business investment data, we currently anticipate that it’ll begin in the first quarter of 2023, slightly earlier than we previously predicted.” 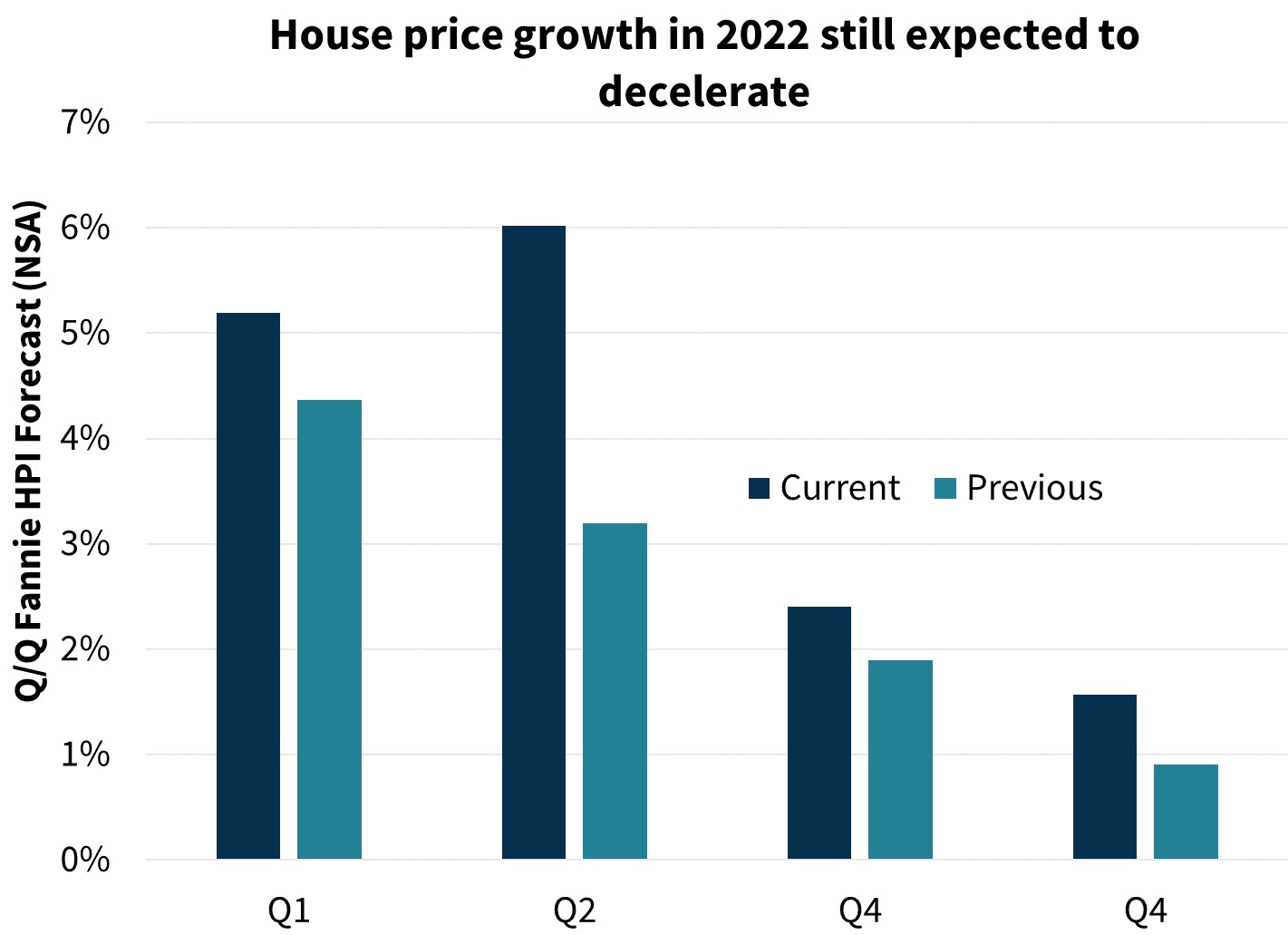 The ESR now projects that existing home sales to end the year with around 4.57 million units on an annualized basis, down from a forecast of 4.83 million units. Existing sales for 2023 are targeted at 4.55 million units.

Also, offsetting factors have led to changes in originations outlooks. Total market mortgage originations are projected to top $2.53 trillion by year end, a downward revision of $71 billion from the last forecast. Purchase volumes were also revised downward by $30 billion to $1.78 trillion while refinance volume also got its forecast cut to $756 billion.