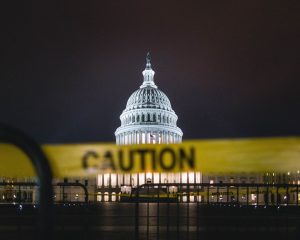 In a move to protest the end of the eviction moratorium, Reps. Cori Bush, Ilhan Omar, and Ayanna Pressley slept outside the U.S. Capitol on Friday night. Rep. Bush sent a letter to her colleagues urging them to remain in Washington, D.C. ahead of their scheduled August recess. She pushed for an urgent vote to extend the federal eviction moratorium. The current moratorium, put in place by the Centers for Disease Control and Prevention, expired Saturday, July 31.

“I’m urging you to please hear me out on this issue because as a formerly unhoused Congresswoman, I have been evicted three times myself. I know what it’s like to be forced to live in my car with my two children,” Rep. Bush wrote in her letter. “Now that I am a member of Congress, I refuse to stand by while millions of people are vulnerable to experiencing that same trauma that I did.”

On Saturday, more Congressional support came in the form of a letter from Reps. Bush, Omar, and Pressley, joined by Reps. Jimmy Gomez, Alexandria Ocasio-Cortez, Rashida Tlaib, Pramila Jayapal, and Jamaal Bowman reiterating their ongoing calls for President Biden and Centers for Disease Control and Prevention (CDC) Director Rochelle Walensky to extend the federal eviction moratorium and prevent a potential wave of evictions.

In their letter, the lawmakers noted that they continue to work diligently to push for legislative action, and ensure that states and localities are disbursing the billions in critical emergency rental assistance to renters and property owners that Congress passed most recently as part of the American Rescue Plan. The lawmakers continue to call on House leadership to reconvene the House of Representatives and take a recorded vote on the Protecting Renters from Evictions Act of 2021, legislation led by House Financial Services Committee Chairwoman Maxine Waters, and co-sponsored by Rep. Pressley, that would extend the moratorium through December 31, 2021. 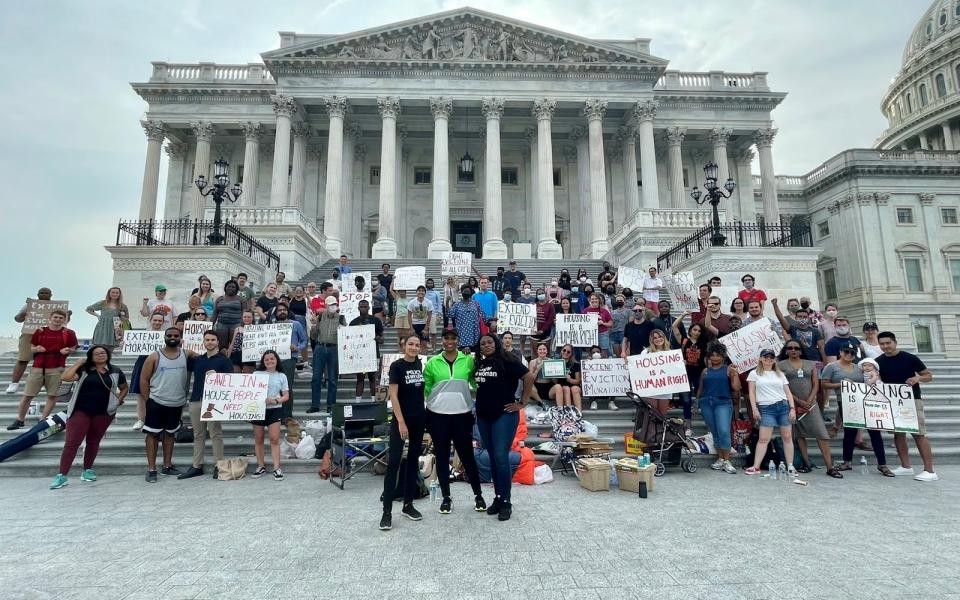 "I have been evicted three times myself. I know what it's like to be forced to live in my car with my two children," Rep. Bush wrote. "Now that I am a member of Congress, I refuse to stand by while millions of people are vulnerable to experiencing that same trauma that I did."

Tim Rood, Head of Industry Relations at SitusAMC, told DSNews in April that he would prefer the federal government buy the homes or mortgages of distressed households than continue on a course of repeated forbearances and foreclosure moratoriums, which require servicers to finance the government’s policies, and create hardships for mom-and-pop investors. Finding balance between protecting struggling families and preserving the integrity of housing finance systems could prove considerably difficult, Rood noted.

"My fear is that if we continue to extend these policies, they will eventually erode the confidence of investors and insurers, and imperil the integrity of the mortgage and real estate markets."

On Sunday, August 1, more than 100 community members gathered on the steps of the Capitol as the federal eviction moratorium expired.

“We have no choice but to mobilize and to get members of Congress to do the right thing,” said Chairman of the Rules Committee Jim McGovern via Facebook. “I get it. I don’t expect to get any Republican votes—shame on them. But I expect every Democrat to be here ... Nothing good happens unless like-minded people come together and demand that it happen.”

Rep. Ocasio-Cortez also took to social media to urge her colleagues to back the extension.

“The fact of the matter is every single one of us, the vast majority of us, are much closer to being homeless than being a millionaire,” said Rep. Ocasio-Cortez in a Facebook video. “And that’s why we’re here today. It’s not hard. It’s not crazy. Give the 24-hour notice. Make members go on the record. If they don’t want to extend the eviction moratorium, they need to tell that to the public.”

Late last week, Rep. Waters, introduced H.R. 4791—Protecting Renters from Evictions Act of 2021, a measure that would extend the eviction moratorium through December 31, 2021.

“This is a tragedy, and I’m so sorry for it,” said Rep. Waters on Twitter. “And for those people that are resisting it, and I just heard about Representative Bush sleeping on the steps of the Capitol, you know, do everything you can. Fight ‘till the last breath for our renters and our most vulnerable people in our society, and see what we can do to eliminate them becoming homeless.”

In an emergency session held Saturday, U.S. Sen. Elizabeth Warren, member of the Banking, Housing, and Urban Affairs Committee, spoke on the Senate floor to urge Congress to extend the emergency eviction moratorium.

“We have the tools, and we have the funding. What we need is more time,” said Sen. Warren in her address. “Look, I agree that an eviction moratorium is not a long-term solution. But let me be very clear: it is the right short-term action. It’s how we keep families safely in their homes while states deliver emergency aid. It’s how we help families who are just starting to recover from the worst economic crisis of their lifetimes get back on their feet. Millions of jobs lost, businesses still shuttered, and childcare for too many families a patchwork of uncertainty. The recovery underway in this country is historic and it will continue, but it has not yet reached every family.”

Last week, Sen. Warren sent a letter to corporate landlords calling on them to commit to helping tenants obtain emergency rental assistance before initiating any eviction proceedings when the eviction moratorium expires.

“The need is not just economic,” said Sen. Warren. “We are still in the throes of a public health emergency that’s trending in the wrong direction. Cases of COVID-19 are rising. Hospitalizations and deaths are rising. The Delta variant is more contagious, threatening to spread faster among the half of the country that remains unvaccinated.”