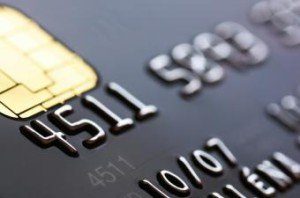 Total household debt decreased for the first time since 2014 in Q2, including the steepest decline in credit card balances seen in the history of the data.

Mortgage balances—the largest component of household debt—rose by $63 billion in the second quarter to $9.78 trillion. Mortgage originations, which include mortgage refinances, reached $846 billion, the highest volume seen since the refinance boom in 2013.

Reflecting the sharp decline in overall consumer spending due to the COVID-19 pandemic and related social distancing orders, credit card balances fell sharply by $76 billion in the second quarter. This was the steepest decline in card balances seen in the history of the data. In total, non-housing balances (including credit card, auto loan, student loan, and other debts) saw the largest drop in the history of this report, with an $86 billion decline.

Aggregate delinquency rates dropped markedly in the second quarter, reflecting increased uptake of forbearances, which were provided by the Coronavirus Aid, Relief, and Economic Security (CARES) Act. Note that accounts in forbearance are typically marked as current on consumer credit reports. The share of mortgages in early delinquency that transitioned ‘to current’ rose to 61.1%, while there was a decline in the share of mortgages in early delinquency whose status worsened during Q2 2020.

Protections afforded to American consumers through the CARES Act have prevented large-scale delinquency from appearing on credit reports and damaging future credit access, said Joelle Scally, Administrator of the Center for Microeconomic Data at the New York Fed.

“However,” he added, “these temporary relief measures may also mask the very real financial challenges that Americans may be experiencing as a result of the COVID-19 pandemic and the subsequent economic slowdown.”