GSEs Would Need Another Bailout According to Stress Test 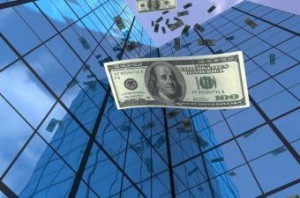 Under severely adverse economic conditions, Fannie Mae and Freddie Mac are projected to need another bailout totaling as high as $126 billion, according to a report from the Federal Housing Finance Agency (FHFA).

The Dodd-Frank Act Stress Tests (DFAST)—Severely Adverse Scenario report, released by the FHFA on Monday, indicated that when hypothetical severely adverse economic conditions for a forecast horizon from December 31, 2015, to March 31, 2018, are applied, the GSEs would be projected to make incremental draws on Treasury ranging between $49.2 billion and $125.8 billion depending on the treatment of deferred tax assets.

Certain financial institutions with more than $10 billion in assets are required by the Dodd-Frank Act to conduct annual stress tests to determine if they can absorb losses during a period of adverse economic conditions. The conditions applied in the 2016 DFAST Severely Adverse scenario include an immediate decline in real GDP until it reaches a trough in Q1 2017 (representing a decline of 6.26 percent from the pre-recession peak); an increase in unemployment rate from 5 percent at the beginning of the forecast horizon to a peak of 10 percent in Q3 2017; and an increase in the consumer price inflation rate from 0.25 percent to a peak of 1.9 percent in Q3 2017.

Fannie Mae and Freddie Mac received a combined $187.5 billion bailout from taxpayers in 2008, at which time they were taken into conservatorship by the federal government. Stakeholders in the industry, as well as lawmakers, have been concerned for at least a few years that the GSEs would need another draw on Treasury, since taxpayers remain on the hook while the FHFA’s conservatorships of the GSEs (which was intended to be temporary) is now in its eighth year. FHFA Director Mel Watt sounded the alarm in February when he gave a speech at the Bipartisan Policy Center in which he stated there were risks that were certain to escalate as long as the conservatorships continue—namely, the GSEs’ lack of a capital buffer puts them at risk of another taxpayer bailout. The capital buffer, currently $1.2 billion, is required by law to be reduced to zero by January 1, 2018.

"I have consistently stated that our responsibility and role at FHFA as conservator is to manage in the present," Watt said in his February speech. "However, as we work to appropriately manage challenges and risks in the present, we also have a responsibility to assess when these challenges and risks may escalate to the point that they negatively impact the Enterprises and the broader housing finance market in the future.  By giving this speech today, I am signaling my belief that some of the challenges and risks we are managing are escalating and will continue to do so the longer the Enterprises remain in conservatorship."

Another concern among industry stakeholders, which has prompted several lawsuits from GSE investors, is the fact that since 2012 all GSE quarterly profits have been swept into Treasury. The original agreement called for the GSEs to pay an annual dividend of 10 percent to Treasury.

Previous: Airbnb May Bring Unforeseen Consequences to Borrowers
Next: Trump’s Moratorium Could Spell Changes to the Housing Market