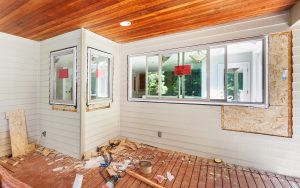 The home remodeling industry is one of the most fragmented in our economy, according to an article in Harvard's Joint Center for Housing Studies blog, which examines whether that could be changing. Taking a look at a couple of research projects on the sector, Senior Research Fellow and Economist Kermit Baker deduces that as the remodeling industry expands, so does contractor specialization and scale.

Homeowner spending on improvements that increase their property's value has doubled in the past 20 years to about $260 billion annually (JCHS's paper entitled Improving America’s Housing 2021), an inflation-adjusted average 2% increase per annum.

The coronavirus pandemic, telework trends, short housing supply, and high home-sale prices collectively have led to an even more robust rise in "investment in the existing housing stock ... as Americans continue to spend time at home and prioritize home improvements, rather than re-enter the competitive housing market,” according to a housing report this year from BuildFax.

The resulting adoption of updated more-focused business models has meant increased concentration of the market. It also has led to larger contractors earning the most significant share of overall spending, data show.

The historic fragmentation, Baker says, is underscored in data published by trade magazine Qualified Remodeler which has been documenting the performance of some of America's largest remodeling contractors for decades.

The publication in 2001, found design-build, full-service, and specialty replacement contractors ranked in the top 100 nationally by remodeling receipts had combined revenue that accounted for just 1.9 % of all owner improvement spending for professionally installed projects. By 2019 the top 100 contractors accounted for almost double that share, increasing to 3.7% of national professional project spending.

Baker notes that the growing concentration does not run very deep.

"While the leading 100 contractors' market share increased over this period and after the 2008–09 recession, the market share for the next tier of large-scale contractors saw few gains. Those ranked between number 101 and 500 on the Qualified Remodeler list accounted for 1.1 % of professional market spending in 2001, nearly exactly the same share in 2019, at 1%."

Twenty years ago, the pro share of project activity by dollar volume was roughly 75%, and the most recent data in 2019 had it climbing to a new high of almost 83%. "The pro share almost certainly declined during the pandemic as do-it-yourself activity surged, but this is likely a short-term blip," Baker added.

He noted that these larger businesses have the resources for more sophisticated marketing programs, typically are in a better financial position to withstand the challenges of the inevitable business cycle, and generally have a broader client mix that helps generate a more stable income stream.

However, specialization might also be a major avenue of growth for these larger remodeling companies, Baker says.

"By concentrating on a relatively narrow project mix, contractors can develop the processes to manage and install certain kinds of home improvement projects more efficiently, thereby increasing the productivity of their workforce. They can also market more effectively because of the targeted project base they serve. So, as specialized firms become more prevalent in key industry sectors, the average size of remodeling contractors should continue to increase."

He concludes that, though "still extremely fragmented, the home improvement industry has seen growing levels of concentration over the past two decades."

Harvard's study also showed that in addition to the changing dynamics within the industry, remodeling activity shifted away from expensive markets to lower-cost metros where larger shares of younger households could afford to own homes.

JCHS examines remodeling industry as part of its mission to advance understanding of housing issues and inform policy, according to the report.

Previous: Housing Market Finds Some Relief in July
Next: Sagent and Figure Partner on Blockchain Initiative