Home / Daily Dose / Why Student Debt May Not Hinder Homeownership

Why Student Debt May Not Hinder Homeownership 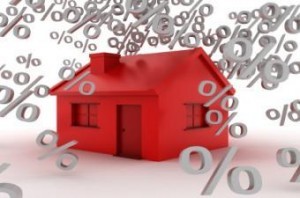 Student debt has long been thought to hinder new homeowners from entering the housing market, but recent data from Fannie Mae shows that this may not be a factor anymore.

The report says that according the Federal Reserve, total student debt in America has more than tripled in the last decade to more than $1.3 trillion in April. Meanwhile, the U.S. homeownership rate is near a 48-year low at 63.5 percent, according to the Commerce Department’s report for the first three months of this year.

According to the report and data from Fannie Mae’s National Housing Survey, potential buyers with student loans who received a bachelor’s degree, or a higher level of education, are found to be 27 percent more likely to be homeowners than those who are high school graduates who didn’t attend college and therefore have no student debts.

This study notes that the issue of student debt is likely to affect the homeownership rates of certain groups of people more than others. For example, those who completed at least a bachelor’s degree without student debt were 43 percent more likely to be homeowners than high school graduates who didn’t attend college and don’t have student debt.

“Before we ran this analysis, we knew [student debt] would likely hurt homeownership rate, but we didn’t know to what degree,” says Qiang Cai, an economist with Fannie Mae.

The report still states thought that while student debt may delay homeownership, it doesn’t eliminate the idea altogether. For example, renters ages 25 to 44 with student debt are shown to be 28 percent less likely to buy rather than rent their next home compared to those without student loans.

While graduating debt-free makes owning a home easier, the report states that economists across the board agree over the importance of a college degree when it comes to unemployment and income levels. Likewise, another study about homeownership and student debt by the Federal Reserve looked at credit reports and data on college attendance from the National Student Clearinghouse. The study shows there’s a major gap in homeownership between those who do and don’t go to college, similar to the results found from the Fannie Mae study.