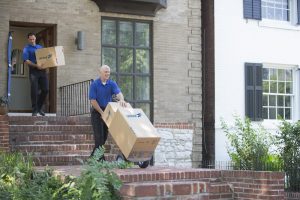 According to Redfin data from 2 million users, the share of homeseekers looking to relocate took a big jump in July amid an environment of rising rates as buyers look to more affordable areas where deals can still be had.

Before the pandemic, roughly 26% of Redfins users searched for properties outside of their listed metropolitan area—in July, that number hit 33.7%, a new record. The proliferation of remote work has given many Americans a newfound freedom that allows them to prioritize not only affordability but things like the weather as well.

According to Redfin, sunny Miami was once again the most popular migration destination in July, the seventh consecutive month in this position. This was followed by Sacramento and San Diego, California, Tampa, Florida and Las Vegas, Nevada. 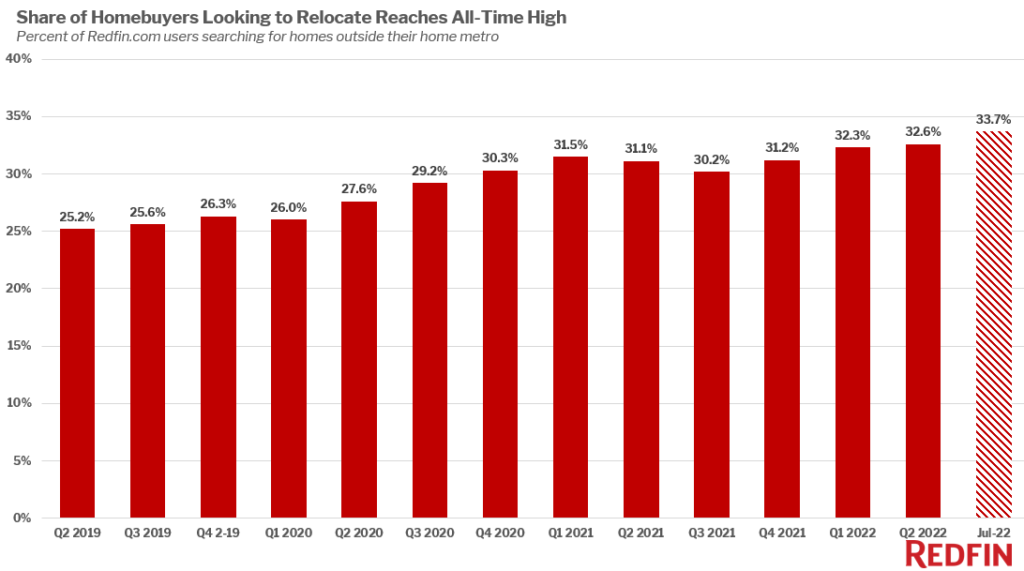 “And after many months as one of the three most popular destinations, Phoenix fell to number 6 in July, with a sizable decline in out-of-town homebuyers looking to move there. That’s partly because Phoenix home prices rose so much during the pandemic, increasing 20% year over year to $485,000 in June, well above the national median of $428,000.”

“We’ve always had a lot of people from the Bay Area and Los Angeles move to San Diego for a better work-life balance and a beachside lifestyle, and it has picked up since remote work became commonplace,” said San Diego Redfin Agent Jodie Lee. “This year, I’ve also seen quite a few remote workers move in from places like Seattle and North Carolina because they like the sunny weather and outdoor activities in this area. San Diego also has a big military presence, and more service members are relocating here now that the cooling market means they have a better chance of getting an offer with a VA loan accepted.”

So where are people migrating from? Data shows that homebuyers are leaving expensive cities on either coast in droves with San Francisco being the most popular outflow center. This was followed by Los Angeles, New York City, Washington D.C. and Boston.

Click here to view the original report in its entirety.