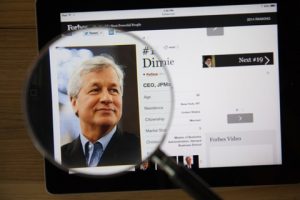 The mortgage banking industry no longer has a voice in President Trump’s ear as of Wednesday, when the president disbanded both his manufacturing and business advisory councils via Twitter:

Rather than putting pressure on the businesspeople of the Manufacturing Council & Strategy & Policy Forum, I am ending both. Thank you all!

The decision to disband the counsels comes on the coattails of nine members’ resignation after the events of Saturday’s alt-right rally and subsequent fallout in Charlottesville, Virginia.

As of this week, additional resignations rolled in from: Inge Thulin, CEO of 3M; Denise Morrison, CEO of Campbell Soup; Scott Paul, President of the Alliance of American Manufacturing; Kenneth C. Frazier, CEO of Merck; Kevin Plank, CEO of Under Armour, Brian Krzanich, CEO of Intel; and Richard Trumka, President of AFL-CIO.

There was increased pressure for JPMorgan Chase CEO Jamie Dimon to also withdraw from the President’s council. On Wednesday afternoon, a handful of New York-based advocacy groups—including New York Communities for Change, Center for Popular Democracy, and Make the Road New York—marched on Chase’s headquarters in Manhattan, demanding that the CEO do more to stand up against the president.

Dimon and JPMorgan Chase were largely silent until an internal memo surfaced with an official statement:

“I strongly disagree with President Trump's reaction to the events that took place in Charlottesville over the past several days. Racism, intolerance, and violence are always wrong. The equal treatment of all people is one of our nation’s bedrock principles. There is no room for equivocation here: the evil on display by these perpetrators of hate should be condemned and has no place in a country that draws strength from our diversity and humanity.

As a company and for all business in general, it is critical that we help develop rational, intelligent policies to help expand opportunities for all of our citizens. I know that times are tough for many. The lack of economic growth and opportunity has led to deep and understandable frustration among so many Americans. But fanning divisiveness is not the answer. Constructive economic and regulatory policies are not enough and will not matter if we do not address the divisions in our country. It is a leader’s role, in business or government, to bring people together, not tear them apart.”

With a president that has been so vocal about tax reform and reducing regulations, what might it mean for the mortgage finance industry now that the council has disbanded?

Rick Sharga, EVP of Ten-X, remains optimistic for the industry.

“It's unfortunate that the political climate has become so toxic that CEOs began resigning from President Trump's advisory committees, fearing that their participation would damage their companies,” he said. “When Government and business work together towards common goals, the U.S. economy benefits.

“Luckily, the mortgage industry is well-represented in the Trump Administration—both Steve Mnuchin and Wilbur Ross are mortgage industry veterans, with broad, deep networks of executives within both the bank and non-bank lender community. Interests of lenders, and the consumers they serve, should continue to be heard.”

Sharga also suspects that Dimon will continue to counsel the president as needed, as he has been known to do for past administrations.