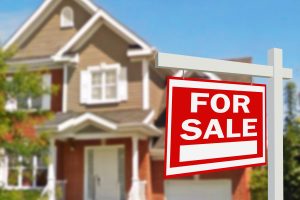 RE/MAX has released its National Housing Report for July 2021, which found that despite continued high demand, July inventory climbed 4.0% from June 2021, marking the first two consecutive months of month-over-month inventory gains since April and May 2019. At the same time, July's 1.3 “Months of Inventory” set a new report low for the month.

"The month-over-month gain in inventory, extending a short trend that started in June, was great news–even though the shortage of listings remains a major challenge," said Nick Bailey, President of RE/MAX LLC. "Some buyers have stepped away in light of high prices, seller expectations, multiple offers and intense competition, but new listings are still selling quickly. Clearly, the demand is still there. The market should continue to run hot, especially if interest rates remain low, prices stabilize a bit, and more sellers jump in to take advantage."

"In the past 13 months, we've seen the top three months of sales activity in 13 years of doing this report,” said Bailey. “That says a lot about today's buyers. Given all the factors favoring sellers right now, it's the buyers who are driving this very active market."

In terms of inventory, the Report found that the number of homes for sale in July 2021 was up 4.0% month-over-month in July 2021, and down 29.7% from July 2020. Based on the rate of home sales in July 2021, the Months’ Supply of Inventory was flat at 1.3 compared to June 2021, and decreased compared to 2.0 in July 2020. A six months’ supply indicates a market balanced equally between buyers and sellers. In July 2021, of the 53 metro areas surveyed, zero metro areas reported a months’ supply at or over six, which is typically considered a buyer's market. Areas experiencing the greatest year-over-year drop in inventory were as follows:

Of the 53 metro areas surveyed in July 2021, the overall average number of home sales was down 8.4% compared to June 2021, and down 3.1% compared to July 2020. Leading the year-over-year sales percentage decrease were:

RE/MAX found that the average number of days on the market (defined as the number of days between when a home is first listed in an MLS and a sales contract is signed) for homes sold in July 2021 was 23, down one day from the average in June 2021, and down 21 days from the average in July 2020. The metro areas with the lowest Days on Market were Cincinnati, Ohio at none days; Nashville, Tennessee at 10 days; and Omaha, Nebraska at 11 days. The markets showing the highest number of Days on the Market were found in Miami, Florida with 76 days; Des Moines, Iowa at 75 days; and New York, New York at 63 days.