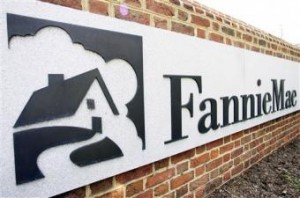 [1]Fannie Mae [2] announced on Tuesday [3] that it has completed its third Credit Insurance Risk Transfer (CIRT) transaction with the reinsurance industry since the program's inception in 2014.

The CIRT program is part of Fannie Mae's continuing effort to reduce the risk to taxpayers by increasing the role of private capital in the mortgage market; with the CIRT program, credit risk on a pool of loans is shifted from taxpayers to a panel of reinsurers. The latest CIRT transaction includes the participation of an international reinsurer for the first time, according to Fannie Mae.

"Through CIRT, we remain focused on finding new ways to build liquidity and move credit risk away from Fannie Mae. In this transaction we attracted new global capital, providing opportunities for reinsurers to gain exposure to the U.S. housing market," said Rob Schaefer, VP for credit enhancement strategy and management. "We’ve focused on educating reinsurers on our company’s strategic approach to managing credit risk and to explore opportunities to work together. We want to continue to lead this space and grow the CIRT program as a repeatable, frequent structure, and increase the number of reinsurers we work with on these deals. We look forward to bringing similar transactions to market in the future."

The latest transaction, CIRT-2015-2, became effective on July 1, 2015, with Fannie Mae retaining the risk for the first 50 basis points of loss on an $8.1 billion pool of loans. Reinsurers would cover the next 250 basis points up to a maximum of about $202.5 million after the $40.5 million retention layer covered by Fannie Mae is exhausted. The coverage is provided based on actual losses for a term of 10 years, according to Fannie Mae.

The loans in the pool for CIRT-2015-2 were acquired by Fannie Mae during a four-month period from April to August of 2014. The reference loan pool includes 30-year fixed-rate loans with LTV ratios between 60 and 80 percent.

Fannie Mae is also reducing risk to taxpayers through other forms of risk transfer, including its flagship Connecticut Avenue Series (CAS) program. In mid-July, Fannie Mae announced a $1.56 billion credit risk sharing transaction [4] under the CAS series, putting the Enterprise over the milestone of $10 billion in notes issued through CAS since the program began in October 2013. Through the CAS and CIRT programs combined, Fannie Mae has transferred risk to private investors on 60 percent of recent acquisitions and about $400 billion worth of loans. According to Fannie Mae, the transactions are structured so that the projected losses would be limited to the small first-loss piece of credit risk retained by Fannie Mae if the loans covered experienced the same stress as in the most recent housing crisis.

For information on these transactions or on Fannie Mae's approach to credit risk transfer, click here [5].