Homeowners Opting for Improvements Over Shopping for New Homes

With the housing market gradually returning to pre-pandemic norms and mortgage rates surging over 2.5 percentage points in 2022, many homeowners are choosing to renovate their living spaces rather than search for a new home. According to a new study by House Method, 55% of homeowners reported renovating a part of their home in the past year.

With affordability constraints at the forefront for many, some homebuyers and sellers have halted their searches and chosen the renovation alternative. 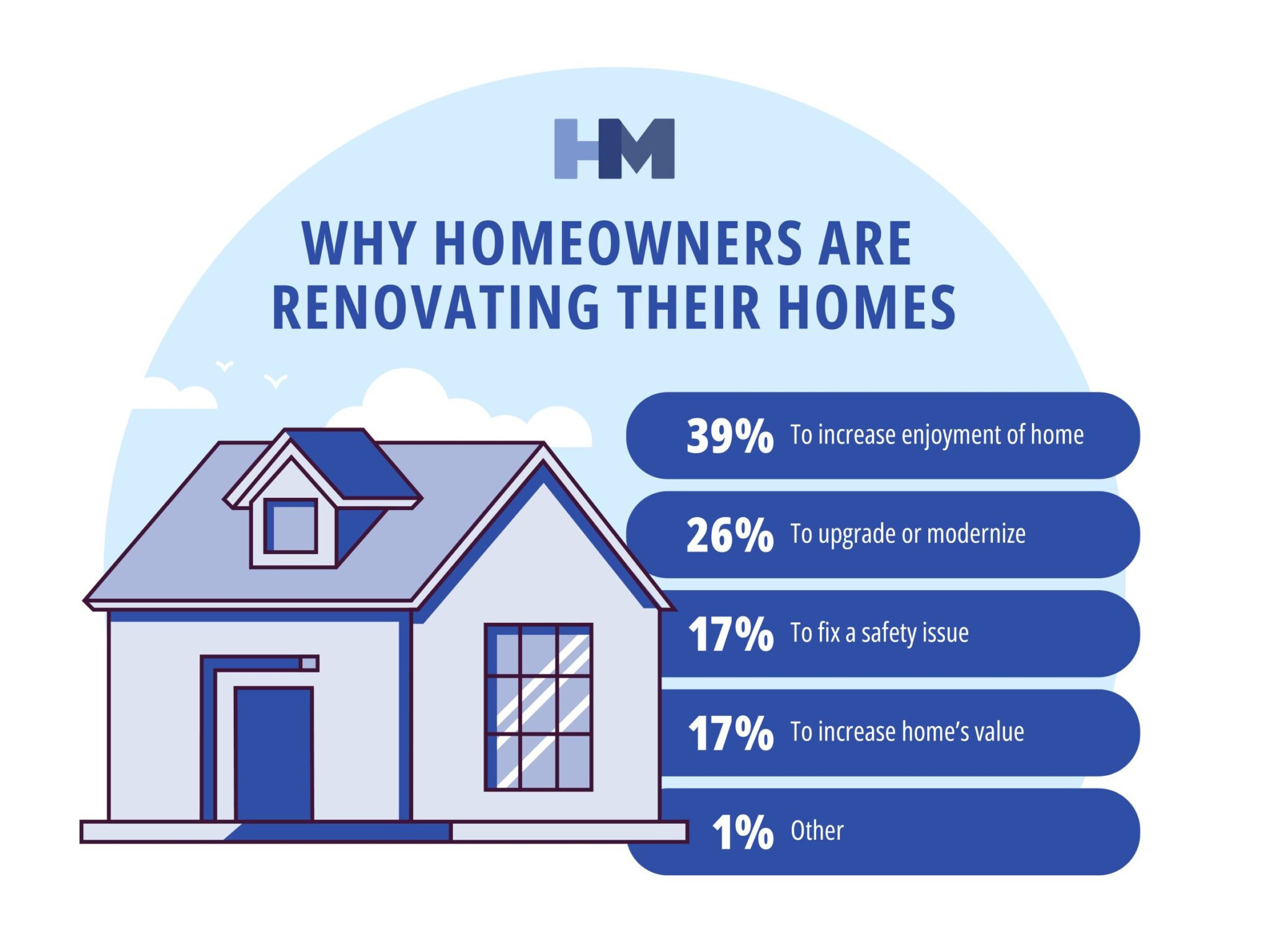 Top Reasons Why Homeowners Are Renovating Their Homes

While return on investment (ROI) is always a consideration when remodeling a home, House Method found that the majority of homeowners remodeled to increase the enjoyment of their living space. Upgrading, modernizing, and safety were also key contributing factors. In fact, 93% of those surveyed claimed that the renovations were worth the time, money, and any temporary discomfort caused, and more than three-fourths of homeowners stated that they intended to stay in their homes after renovating.

The Most Renovated Rooms in the Home

Unsurprisingly, bathroom and kitchen remodels topped the list in popularity, making up a combined 50% of all home renovations.

While these two rooms are often the most expensive renovations, homeowners reported increased functionality and usability of kitchens and bathrooms as key determiners of their enjoyment of each space.

The most popular renovations by room were:

Laundry rooms, offices, and guest bedrooms were also renovated, but at a much lower rate.

Millennials completed the majority of home renovations, accounting for nearly 50% of all bathroom renovations and over 40% of kitchen renovations. Gen Z, Gen X, and Boomers accounted for the rest of the renovation market, trailing behind millennials.

The most common remodeling headache for homeowners involved working with contractors. Many of those polled chose not to take the traditional route of hiring a contractor to oversee or complete the work, and 60% reported not using a contractor at all. The reluctance to work with contractors may be due to a perceived skepticism about their trustworthiness. Some 30% of those surveyed attributed this fear, or a prior negative experience, to their decision to handle the work on their own.

Among those who did opt for help from a professional, 26% chose their contractor after receiving and comparing two bids, while others collected more than 15 separate bids before making a final decision. 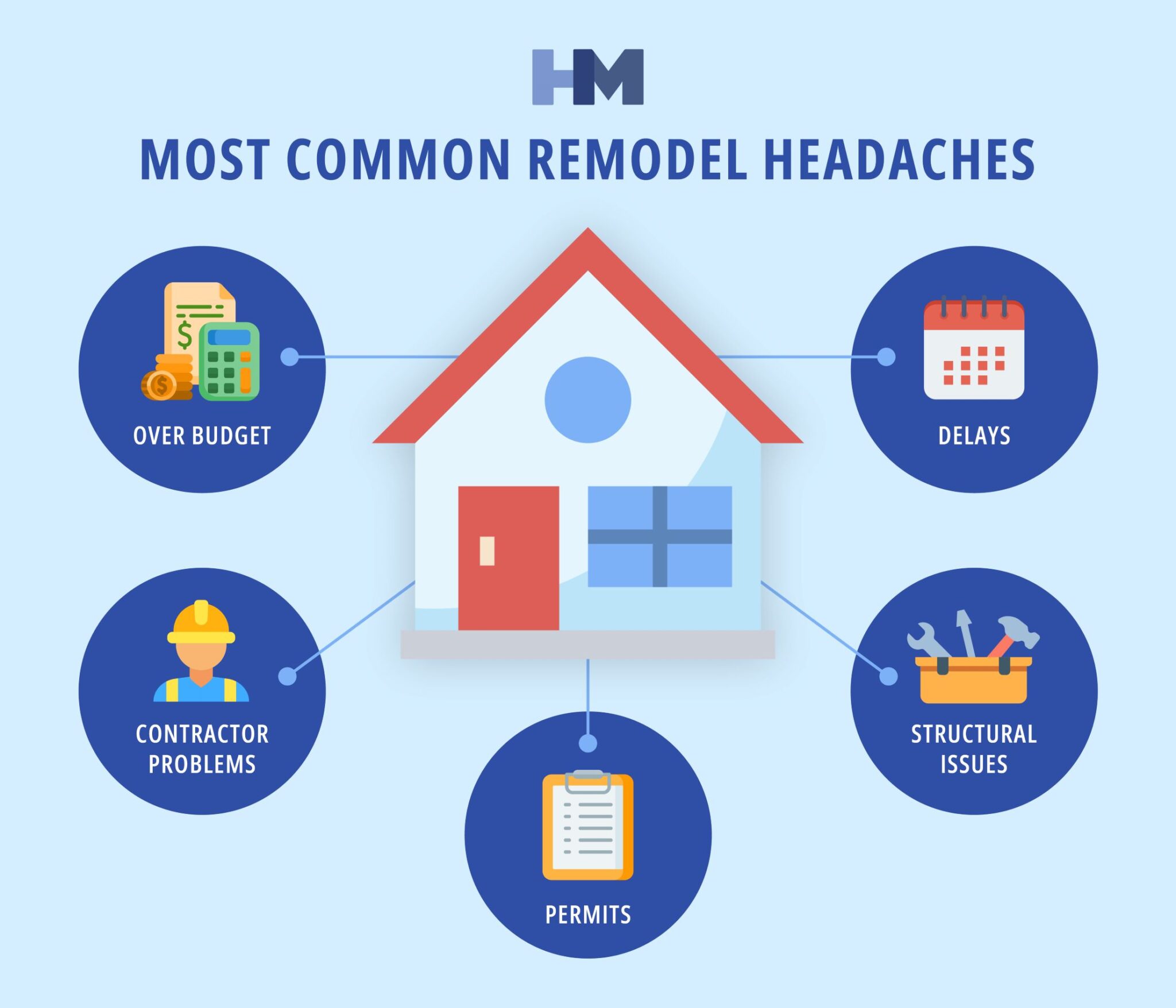 Money Management During the Renovation Process

Although many homeowners set a strict budget, nearly 80% of survey participants still went over their original allotted budget. The most costly factors during the renovation process were materials and timeline delays. Others reported breaking their budget due to structural issues and design and furnishing costs.

As seen in the graphic below, 68% of homeowners ended up going over budget by $5,000 or more on their home renovation.

Although homeowners face challenges when renovating, they have not been deterred from the renovation process. Seventy-six percent of respondents plan on tackling another home renovation, whether in their current home or a new one in the future.