Home sales showed no signs of stopping its recent descent in July 2022, as sales dropped to their lowest level since the beginning of the pandemic when the market was at a near standstill.

According to Redfin, home sales dropped 19.3% year-over-year in July, and by another measure, home sales dipped 4.1% month-over-month, the sixth-straight monthly decline recorded by their report.

Redfin said that this decrease comes as some prospective homebuyers were sidelined because they were priced out of the market; others were wary of potential home-value declines in the near future amid early signs of a recession.

In addition, home prices decelerated from their recent meteoric rise only registering a 7.7% gain over the course of the month. Now that price growth is dipping into single-digit territory after two years of double-digit increases represents “slumping” homebuyer demand shown by the fact that homes are also sitting on the market longer than before amid dwindling competition. 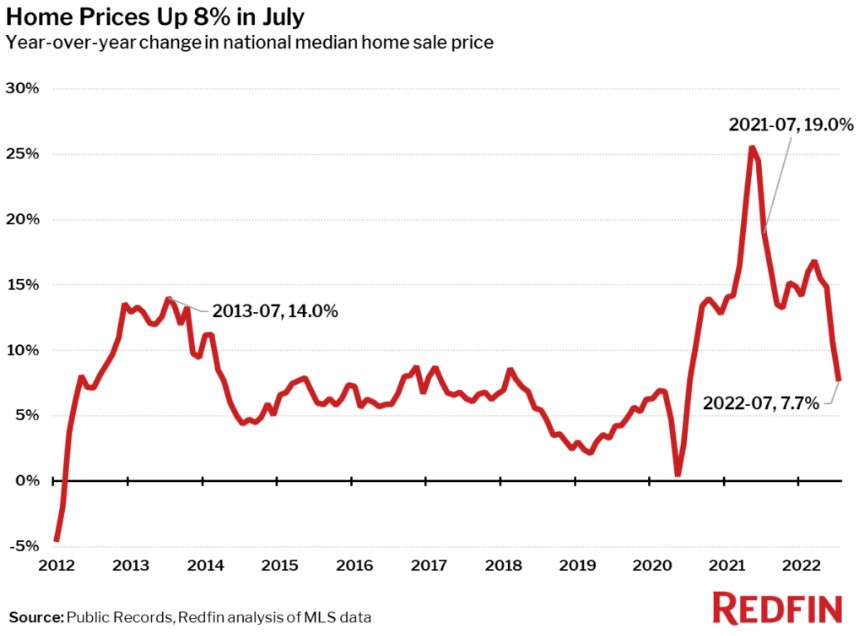 Sellers are also backing off, as many are becoming hesitant to sell for less than what they would have gotten at the height of the pandemic homebuying frenzy. This is in addition to the fact than many homeowners are staying put because they have a lower mortgage rate than the 5% rates being offered currently.

So far, new listings have dropped 13.5% year-over-year, the biggest decline in the last 12 months. Many of the sellers who did list their homes had to settle for less. Some 21% of sellers dropped their asking price in July, the highest share since at least 2012, when Redfin started tracking this data. 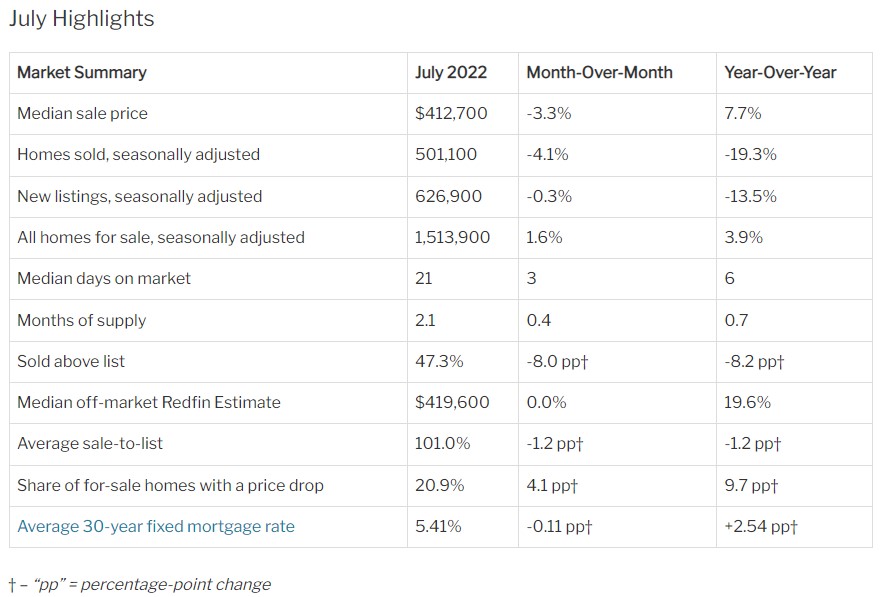 “The buyers who are still in the game are finally getting a break from bidding wars, which means they can be picky,” said Raleigh, North Carolina Redfin Agent Pam Lewis. “Three months ago, buyers were saying, ‘Get me a building with four walls and I’ll make it work.’ Now they have some choices. They don’t want a home if it doesn’t have the fenced-in yard or guest room on their wish list, and they want a $20,000 price reduction if a home has been on the market for more than a week. I’m telling buyers they’re not likely to see their property values decrease over time, but they may not appreciate as fast as homeowners have become accustomed to in the past few years.”

Click here to see the report in its entirety, which includes additional chats and city-level data.

Previous: FHFA Forms Committee on Affordable, Equitable, and Sustainable Housing
Next: Homeowners Opting for Improvements Over Shopping for New Homes