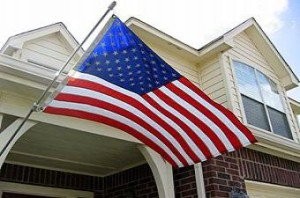 Home sales in the first six months of 2016 increased 4.2 percent from the same time period a year ago in the bottom fifth of U.S. counties with the lowest level of natural hazard risk. This was reportedly more than twice the 1.9 percent increase in the top fifth of U.S. counties with the highest level of natural hazard risk, according to ATTOM Data Solutions’ 2016 U.S. Natural Hazard Housing Risk Index.

More than 3,000 U.S. counties were indexed based on risk of six natural hazards: earthquakes, floods, hail, hurricane storm surge, tornadoes and wildfires. ATTOM also analyzed home sales and price trends in more than 800 counties with at least 100 single family home sales in the first six months of 2016. Those 800 counties were divided into five equal groups based on the natural hazard risk index and assigned to one of five risk categories: Very High, High, Moderate, Low, and Very Low.

“While price and affordability along with access to jobs are the primary drivers in local markets with strong increases in home sales activity in 2016, it’s evident from this data that natural hazard risk does make a difference to homebuyers and investors who are active in this housing market,” said Daren Blomquist, senior vice president at ATTOM Data Solutions. “Even among the subset of counties where the median price is below the national median as well as among the subset of counties where home prices are still affordable for average wage earners, there is a consistent trend of stronger increases in home sales volume compared to a year ago in the lowest-risk markets for natural hazards compared to the highest-risk markets.”

The report also notes that median home prices in the first six months of 2016 have increased an average of 6.5 percent from the year prior in the highest-risk counties. The median home prices for the lowest risk markets during the same time period saw a 3.2 percent average increase from the previous year.