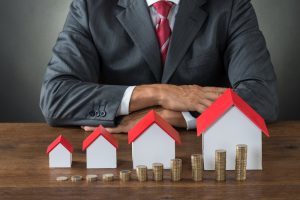 Overall, Moody's analysis indicated that macroeconomic conditions were favorable for PMIs in the second quarter of 2018. Economic growth along with rising home prices and a strong job market meant favorable condition for mortgage credit and PMIs. "Historically low-interest rates, as well as strong demand, are positive trends, but the ongoing inventory shortage still holds origination growth back," Moody's said in its report.

Pre-crisis loans, meanwhile, have made up the majority of losses in Q2 2018. In addition, hurricane-related defaults have increased since 2017, although Moody’s expects default rates to decline while vintage loans run off.

Meanwhile, competition has forced some rate cuts across the industry. MGIC cut its rates by 11 percent as of June 2018 following a slew of rate cuts by competitors. Even in areas where the Federal Housing Administration has a pricing advantage, these lower rates may give some PMIs the opportunity to gain some market share.