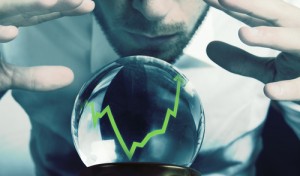 [1]The balance of power in the housing market is continuing its tilt back to buyers—and that could spell a surge in home sales in the coming months.

In the brokerage's latest Real-Time Housing Market Tracker [2], Redfin [3] Chief Economist Nela Richardson notes two ongoing trends indicating a shift to a more balanced market as the nation heads into fall: a slowdown in home price growth and a transfer in pricing power away from sellers.

For July, Redfin recorded a 0.3 percent monthly decline in the median sales price of homes sold in the major metros the company tracks, marking the first time in five months that price growth was essentially flat, Richardson said.

"We ... expect prices to continue to flatten, and to potentially decline month over month in September or October,” she added. “If that happens, it will be the first three-month price decline since the fall 2012."

What's more, Redfin recorded a substantial annual decline in the number of homes selling above their list price: 20.1 percent compared to 26.8 percent a year ago.

That decline is happening at a time when more sellers are bringing their listing prices down to compete with a widening inventory.

"Sellers are finally catching on that it's not a seller's market anymore," said Jeremy Cunningham, a Redfin agent in Virginia.

Redfin reported price drops are most common in markets where inventory and home price appreciation have improved most over the year. For example, in Denver—the metro with the largest percentage of listing price drops—the median sales price has jumped 15 year-over-year compared with the national average of 5.5 percent.

The company's agents have also reported seeing more negotiation between buyers and sellers at the beginning of the sales process and post-inspection, meaning buyers feel they have more room to work out a deal.

"When a buyer sees a price drop, she takes it as 'blood in the water' and wonders what's wrong with the house and wants to negotiate for an even lower price," Boston-based agent Adam Welling said.

Given these changes and promising—albeit uneven—growth in housing inventory, Richardson anticipates housing market activity this fall to be the strongest in five years.

"We continue to see strong buyer demand as we head into fall. The number of tours and offers across Redfin markets continue to accelerate from July and into August," Richardson said. "This is a good indication that buyers are continuing their home searches."

Not everyone shares Richardson's optimism. In its most recent market forecast [4], Fannie Mae toned down its expectations for housing's contribution to the economy this year. While most of the revision was based on a poor showing in the year's first half, chief economist Doug Duncan offered a subdued outlook for the next year.

"[O]n the demand side, there appears to be a conservatism among consumers and their willingness to take on big-ticket purchases, such as homes," Duncan said in the company's report. "We currently estimate that 2014 will finish lower in total sales figures than 2013—and that 2015, while stronger than 2013 and 2014, will not be the breakout year some are expecting."