FCC: Do Not Call 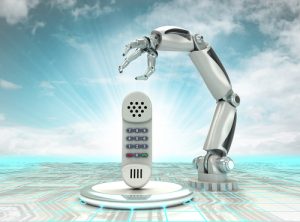 The Federal Communications Commission (FCC) is considering creating a database made of reassigned numbers that companies and robocallers can use to prevent dialing ones no longer used by consumers who gave permission to receive these types of calls.

Doing so, the FCC says, would have a double benefit of reducing bothersome calls while also providing a semblance of clarity for reliable callers.

The National Association of Federally Insured Credit Unions (NAFCU) in a comment letter to the FCC says it backs the idea, noting that voice providers should update the database regularly to ensure it reflects the most up-to-date information.

“The onus of reporting reassigned numbers should lie with voice providers because they are the ultimate keepers of this valuable information,” NAFCU Regulatory Affairs Counsel Ann Kossachev wrote. What’s more, she continued, the FCC should watch over this database and credit unions should have access to it for free or for a negligible fee.

The Credit Union National Association (CUNA) also is in favor of the idea.

“CUNA believes that a national database under the auspices of the commission and operated by a commission-designated and supervised entity would best guarantee accurate and timely information on reassigned numbers,” officials inked in a letter to the FCC. “CUNA concurs with the commission’s assessment that such an approach would allow the agency to oversee quality, appropriately limit access, and preserve and protect the data.”

That being said, CUNA endorses a database that’s economical for smaller institutions—like credit unions—by employing a fee structure for access that considers the needs of organizations doing business on a regional, state, or local level. It also wants the FCC to furnish free access to a reassigned numbers database in the same way that free access is granted to the national “Do Not Call” registry.

CUNA also urges the FCC to offer a safe harbor from liability for callers who use the reassigned database number.