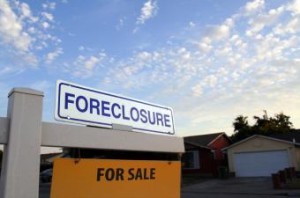 It was also noted that there were 46,604 vacant bank-owned residential properties as of the end of the third quarter. This was a reported increase of 7 percent from the previous quarter and up 67 percent from Q3 2015.

“A strong seller’s market along with political pressure has likely motivated lenders to complete the foreclosure process over the past year on many vacant properties that were lingering in foreclosure limbo for years,” said Daren Blomquist, senior vice president at ATTOM Data Solutions. “While that has reduced the number of vacant properties in the foreclosure process — so-called zombie foreclosures — it has also resulted in a corresponding rise in the number of vacant bank-owned homes. Assuming that the foreclosing lenders are maintaining these properties and paying the property taxes, they pose less of a threat to neighborhood quality than zombie foreclosures, but they still represent latent inventory in an inventory-starved housing market.”

The report says that the states with the most vacant REO properties as of the end of the third quarter were Florida with 5,880 properties, Michigan with 4,661 properties, Ohio with 3,585 properties, Illinois with 2,652 properties, and Georgia with 2,626 properties.

It was reported that states with highest investment property vacancy rate included Michigan at 10.3 percent, Indiana at 9.8 percent, Alabama at 6.9 percent, Mississippi at 6.6 percent, and Kansas at 6.5 percent.