Forbearance Volume Tails Off on Strength of August Jobs Report 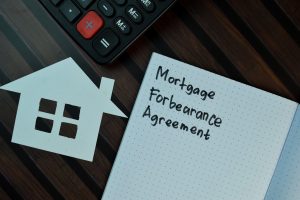 After a few weeks of leveling off, the latest Forbearance and Call Volume Survey from the Mortgage Bankers Association (MBA) has found that the total number of loans now in forbearance decreased by two basis points from 3.25% of servicers' portfolio volume in the prior week to 3.23%. According to the MBA, an estimated 1.6 million U.S. homeowners remain in forbearance plans.

"The share of loans in forbearance decreased by two basis points last week, with both new requests and exits remaining at a slow pace as we reached the end of August," said Mike Fratantoni, MBA's SVP and Chief Economist. "There was another large shift in the location of many FHA and VA loans, which have been bought out of Ginnie Mae pools and moved onto servicer balance sheets. As a result, there was a sharp drop in the share of Ginnie Mae loans in forbearance, and an offsetting increase in the share of portfolio loans in forbearance. These buyouts enable servicers to stop advancing principal and interest payments, and work with borrowers to begin paying again before they are re-securitized into Ginnie Mae pools."

By stage, 10.6% of total loans in forbearance were in an initial forbearance plan stage last week, while 81.2% were in a forbearance extension. The remaining 8.2% were forbearance re-entries.

As many approach the 18-month mark since entering their forbearance plans, numbers reported last week from the Bureau of Labor Statistics (BLS) showed a jump in employment in August 2021, with non-farm payroll employment rising by 235,000 in August, and the unemployment rate declining by 0.2 percentage point to 5.2%. So far this year, monthly job growth has averaged 586,000. In August, notable job gains occurred in professional and business services, transportation and warehousing, private education, manufacturing, and other services. Employment in retail trade declined over the month.

“The household survey told a somewhat more optimistic story this month. The unemployment rate continued to decline, falling two-tenths to 5.2% in August, as household employment continued to show strong gains,” said Mark Palim, Deputy Chief Economist at Fannie Mae. “However, labor force participation was unchanged last month, as some workers appear to remain hesitant to return to the workforce for various reasons; the participation rate is still 1.6 percentage points below its pre-pandemic level. Additionally, there were 822,000 voluntary job leavers in August, and the number of persons working part-time but who would prefer full-time employment continues to trend down, both positive signs of a recovering labor market. Average hourly earnings grew at a 4.3% year-over-year pace, an acceleration from the prior month’s figure; while positive for household budgets, we believe this could potentially exacerbate pricing pressures already present in the economy. Finally, we note that residential construction employment (including specialty trade contractors) grew by 17,400 in August, up from the prior month; these strong job gains will likely help builders tackle their current backlogs of orders, which we believe should help ease supply constraints in this sector.”