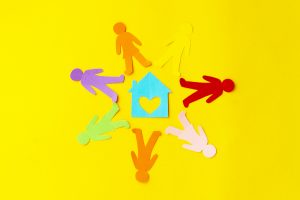 The Federal Housing Finance Agency (FHFA) will require government-sponsored enterprises Freddie Mac and Fannie Mae to submit three-year plans for advancing fairness in housing finance. In addition to submitting plans identifying and addressing barriers to sustainable housing opportunities—complete with goals and steps—by year's end, FHFA also will require the GSEs to submit annual progress reports on actions undertaken during the prior year.

The unification of multiple federal and regulating agencies to give historically disenfranchised communities a fair shot at homeownership and associated security and wealth.

"For generations, discriminatory practices like redlining have prevented communities of color from building wealth through homeownership," said FHFA Acting Director Sandra Thompson. "By identifying the barriers to equitable and sustainable housing finance opportunities and setting goals for addressing those barriers, the [GSEs], consistent with safety and ​soundness, can responsibly reduce the racial and ethnic disparities in homeownership and wealth that still exist today."

The Department of Housing and Urban Development, historically charged with administering and enforcing the Fair Housing Act, last month signed a Memo of Understanding with FHFA, which the agencies report will lead to stronger oversight that will help "advance vigorous fair housing enforcement" and begin to "redress our nation's history of discriminatory housing practices."

She added: "HUD's recent collaborations with FHFA are crucial actions that will advance fair housing and fair lending for all Americans and expand access to opportunities for homeownership and the generational wealth building that can come from it. HUD is pleased to work alongside FHFA and others on a comprehensive approach to building a more equitable housing finance system."

The President of the Mortgage Bankers Association Bob Broeksmit says the MBA commends FHFA for engaging the GSEs in the development of comprehensive business plans to advance equity in housing.

"We have championed efforts to reduce the racial homeownership gap, and we will be releasing our policy recommendations in the coming weeks, including areas where the GSEs can play a critical role. We look forward to continuing to work with both FHFA and HUD, as well as Congress and other stakeholders, on policies that will promote fair, equitable, and sustainable access to homeownership for all Americans who aspire to it."

FHFA has announced a request for input, open through October 25, to assist the GSEs as they prepare their inaugural Equitable Housing Finance Plans. Comments can be submitted at FHFA's website or mailed to Federal Housing Finance Agency, Office of the Director, 400 7th Street SW, 10th Floor, Washington, D.C. 20219.