The latest report from Black Knight, Inc, revealed yet another sign of the times as annual home price growth changed from a deceleration to an official decline in July 2022 as the median home price fell 0.77% from June 2022, the largest single-month decrease since January 2011.

“After 31 consecutive months of growth, home prices pulled back by 0.77% in July,” said Graboske. “Annual home price appreciation still came in at over 14%, but in a market characterized by as much volatility and rapid change as today’s, such backward-looking metrics can be misleading as they can mask more current, pressing realities.”

“Case in point—this cooling has been indicated in our home price data for several months now, and at an increasing pace. In January, prices rose at 28 times their normal monthly rate before slowing to five times average in February as interest rates began to tick up. Even May was still about two times normal, before June growth came in 70% below the long-run average. And all the while, annual appreciation continued to appear historically strong, showing double-digit growth month after month. Without timely, granular data, market-moving trends don’t become apparent until they’re right in front of you—like a sudden shift to the largest single-month decline in home prices in more than a decade.

“Similarly, while mortgage-holders’ tappable equity had grown 25% from last year to hit yet another record high in Q2, we noted that equity actually peaked in May and tracked the pullback that began in June before escalating in July.”

“Tappable equity is now down 5% in the last two months, setting up Q3 to likely see the first quarterly decline in tappable equity since 2019. Some of the nation’s most equity-rich markets have seen significant pullbacks, most notably among key West Coast metros. From April through July, San Jose lost 20% of its tappable equity. Seattle followed, shedding 18% of tappable equity over that same three-month span. Likewise, San Diego (-14%), San Francisco (-14%) and Los Angeles (-10%) have all seen double-digit declines since April.

“Keep in mind that of the roughly 275K borrowers who would fall underwater from a 5% price decline, more than 80% purchased their homes in the first six months of 2022 – right at what appears to have been the top of the market,” Graboske concluded. “With prices continuing to correct and our McDash HELOC data showing home equity lending at its highest level in 12 years, we will keep a very close eye on equity positions in the coming months.” 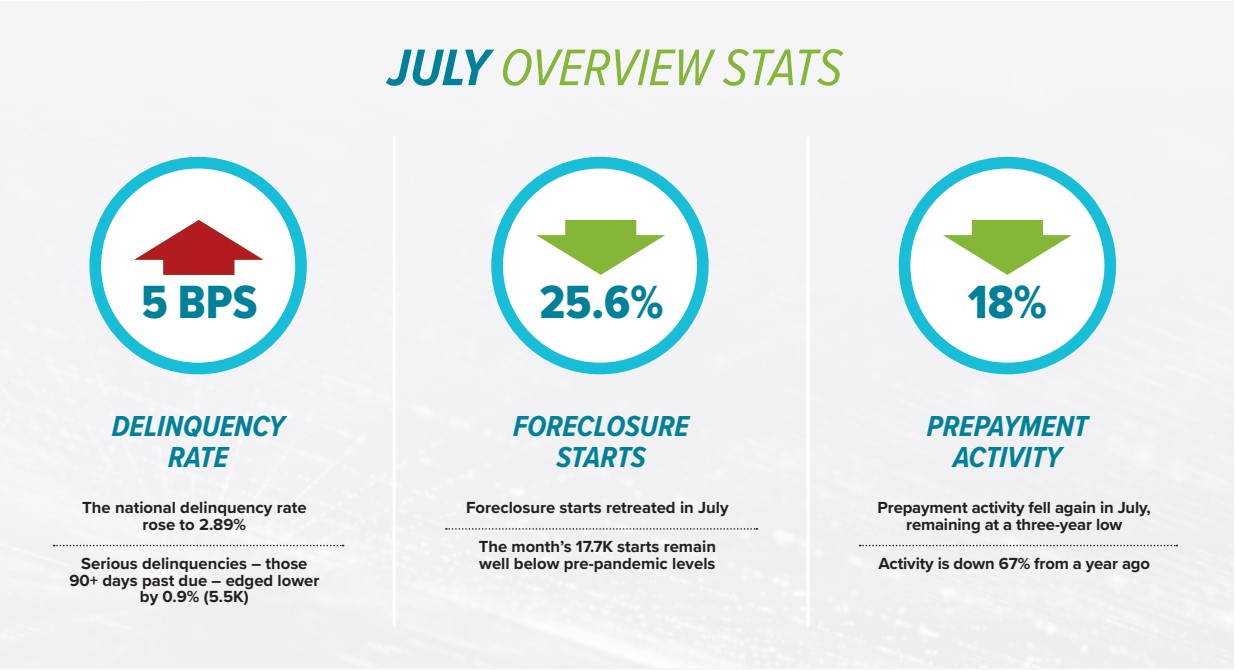 Additional high-level findings from the Mortgage Monitor include:

Click here to see the 27-page report in its entirety.