A new REO group has launched in the Midwest, giving professionals in the region another voice in the industry.

Dubbed the Midwest REO Association (MRA), the trade organization hopes to serve as a major resource for REO professionals serving in the country's heartland, says Bryan Lysikowski, CEO of Ohio-based ZVN Properties and co-founder of the group.

"The MRA's mission is to further educate the public, our clients and each other through networking, conferences and other on-line and live meetings, and to serve as a clearinghouse of important information about this industry," Lysikowski said.

John Dyer, president of Nova Title Agency and also a co-founder of the new group, added that as lenders, servicers, and investors become more focused on regional rather than national issues, associations like MRA have become increasingly important.

"REO professionals who become members of the MRA will be able to better share information and referrals with peers with whom they are not necessarily in competition, but are active in this specific region—a region that still has a significant number of delinquent mortgages and distressed properties," Dyer said.

"Some of the national REO trade associations have lost steam and influence in recent years, mainly because they are not entirely in tune with regional issues and it is difficult to draw members to events that are clear across the country," he continued. "The MRA will rectify that situation in the Midwest Region of America."

Having launched the organization just in time to debut at the 2014 Five Star Conference in Dallas, Texas, Dyer and Lysikowski said they hope to attract interested lenders, servicers, investors, vendors, and Realtors in the default servicing field.

"We expect to recruit strong, proven participants from within the mortgage default servicing industry who share our passion for helping the nation return to a vibrant, healthy economy that is driven by a strong housing market," Lysikowski said. 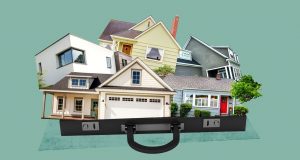