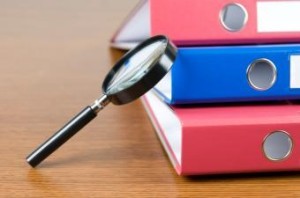 The August 2016 Survey of Consumer Expectations shows an increase in both short-term and medium-term inflation expectations, according to a recent report from the Federal Reserve Bank of New York (New York Fed). The report shows that specifically, the median year-ahead inflation expectations hit its highest level of the year and median expected household income growth increased as well for the third month in a row, hitting its highest level since May 2015. The report does states that labor market expectations were mixed with expectations for finding a job and earnings growth improving, while in contrast perceived probability of losing a job and expectations about the unemployment rate increased slightly.

For median year-ahead expected earnings growth, the survey shows this category rising in August to 2.4 percent from 2.2 percent in July. The New York Fed reports that this increase was motivated strongly by higher income and middle-aged, 40 to 60-year-old, respondents. The survey also shows that median uncertainty about year-ahead earnings growth increased marginally but to a level not seen since January 2015.

The mean perceived probability of losing one's job in the next 12 months rose slightly from 15.0 percent in July to 15.2 percent in August. This increase was influenced by respondents older than 40 years, according to the report.

Additionally, the survey shows that the mean perceived probability of finding a job, if one's current job were to be lost, rose 0.2 percent from last month to 53.5 percent. The report states that this approaches the average value seen over the past year. The mean perceived probability that the unemployment rate will be higher one year from now also rose, going from 37.5 percent to 39.5 percent and making this percent the highest value seen since March 2014.

For the category of median expected household income growth, the survey showed a continued increase for the third month in a row, rising to 2.9 percent from 2.8 percent in July and 2.4 percent in May. This is the highest level recorded since May of 2015 and the report states that the increase was driven by younger (under 40) respondents as well as lower income and education respondents.

According to the survey, respondents felt worse about their current household financial situation in August compared to July, but they were slightly more optimistic about their year-ahead prospects. The survey specifically notes that the proportion of respondents who feel to be financially worse off in comparison to year ago increased by 1.6 percentage points to 23.9 percent, while the proportion of respondents who expect to be financially better off in a year that in comparison to today increased by 1.3 percentage points to 37.4 percent.

Previous: Good News for Households: Poverty Down and Income Up
Next: Fannie Mae Predicts Economic Growth in Q3